Five battles to watch for at Winnipeg Jets training camp

The top two forward lines are pretty much set for Jets Head Coach Claude Noel. Barring any unforeseen injuries or developments, Winnipeg’s Number-1 line will almost certainly be Andrew Ladd-Bryan Little-Blake Wheeler while the Number-2 line will be Evander Kane-Alexander Burmistrov-Nikolai Antropov (Winkler product Eric Fehr is expected to miss the first one to two months of the season with a shoulder injury but is considered a probable 2nd line right winger on the team). Aside from Fehr, who indicated that he wants to start the season but isn’t yet ready to play, the Jets do not have very many options for top-six forward spots. 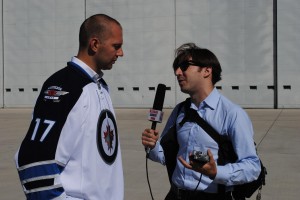 More on the Jets Top 5 important training camp battles after the jump.

The most interesting battle in Jets training camp this September may be for third line forward spots. Let’s start at the all-important center position.

Center Ben Maxwell only played twelve games for the Thrashers last season but he might have the most offensive upside down the middle after Little and Burmistrov. The other three players in camp who played centre on the third line last season were Jim Slater (36 games played), Tim Stapleton (45 games played) and Patrice Cormier (21 games played and mostly on the wing). Presently, Maxwell is the best option but Cormier will get a serious look although left wing may be where he eventually ends up. Stapleton and Slater are essentially checkers who don’t bring a lot of offense to the table and will most likely be fourth liners on the team. Slater has the edge over Stapleton as he is very proficient in the faceoff circle. Center Aaron Gagnon (21 games of NHL experience) is a wild card but he is expected to play most of the year in the AHL for St.John’s. 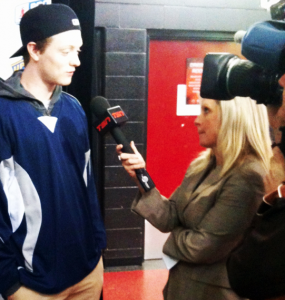 Moving to the left wing spot, the candidates for the Jets are Carl Klingberg, Jason Gregoire, Tanner Glass and the previously mentioned Cormier, who can play all three forward positions.  As was discussed on The Illegal Curve Hockey Show several weeks ago, the Jets have several options with their third line, which is very thin on talent.

The Jets may decide to go with a hard-checking energy line or they may want to go with a younger line with more offensive punch. Or they may want a combination of both. Either way, the frontrunners for the third line are Patrice Cormier/Ben Maxwell at centre, Jason Gregoire/Tanner Glass at left wing and Carl Klingberg/Nikolai Antropov at right wing. It should be noted that Carl Klingberg is not listed as a right winger but a left winger while talented 22-year-old Spencer Machacek is also in competition for a spot here (Check out Kyle Kosior’s prospect reports on Klingberg and Machacek here). In our opinion, all of the younger players mentioned have a decent shot at making the team because of the lack of scoring depth outside of the top-six.

At the right wing position, the previously mentioned Machacek has a shot at making the Jets this season but he’ll have to show a lot of progress in training camp. Machacek has put up three straight 20 goal seasons in the American Hockey League with the Chicago Wolves but he had no points in 10 games for the Thrashers last season. He is one of the top prospects in Kevin Cheveldayoff’s system and a lot of eyes will be on him in camp. Tough guy Chris Thorburn spent significant time on the Thrashers fourth line last year with Eric Boulton (signed with the New Jersey Devils) and Jim Slater and the two remaining players will be  mainstays on the fourth line but may end up playing a small amount of time on the third line. It should be noted that it  is likely that Antropov will spend a lot of time on the team’s third line as Fehr provides the team with more depth and will allow for the team to “spread the wealth” so to speak.

On most nights, the Jets will start six defensemen or three pairings. Just like the top two forward lines, the top two d pairings are pretty much set. Tobias Enstrom, Dustin Byfuglien, Zach Bogosian (Restricted Free Agent) are 1-2-3 in terms of ice time and talent and one of Johnny Oduya or Ron Hainsey slots in the top four, probably Oduya. The leading contenders for the sixth and seventh defenseman spots are free agent acquisition Randy Jones (Los Angeles Kings) and Mark Stuart. Jones and Stuart are both big and physical veteran NHLers who can be valuable penalty killers. Stuart (acquired from the Boston Bruins) is someone who, because of his physicality and defensive abilities, may even slot in the top four, but as of now he should certianly slot ahead of Jones who looks to be more of a number seven defenseman entering camp. Winnipegger Derek Meech will compete for the seventh and eighth spot but may start the season in the AHL, especially considering he is on a  two-way contract, as opposed to Jones who signed a one-way NHL deal. As for 22-year-old prospect Paul Postma, he has oodles of offensive upside but he’ll have to prove himself to the Jets coaches who might think he is a year or two away.

In a surprise move, the Jets signed former Colorado Avalanche goaltender David Aebischer to a pro-tryout contract in late August. Aebischer, 32, has spent the last four seasons playing for HC-Lugano in the Swiss League and hasn’t played a game in the NHL since 2007’08 (one game with the Phoenix Coyotes).

Aebischer is a long shot to unseat Red Deer’s Chris Mason as the back-up goaltender but it will be interesting to see how he plays in training camp nonetheless. Aebischer’s fall from grace was well documented as he went from Montreal’s Number-1 goaltender to a fringe NHL goaltender with the Coyotes. We don’t believe Chris Mason has anything to worry about as he is a solid NHL goaltender. 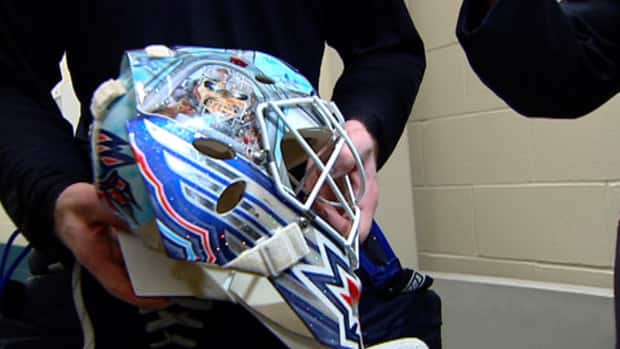 National Hockey League teams spend a lot time working on their special teams and training camp will be no different. The Atlanta Thrashers were ranked fourth worst in the league last season so it’s a given that Claude Noel and his assistant coaches, Charlie Huddy and Pascal Vincent, will be looking to improve in this area. That means that their are jobs to be won, both at forward and on defense.

On defense, look for Tobias Enstrom and Zach Bogosian (if he signs) to see increased ice-time.  Mark Stuart is a solid penalty killer, so that final PK spot may be a battle between Oduya, Hainsey and Dustin Byfuglien.

At forward, expect newcomer Tanner Glass to battle for number-2 PK time. Captain Andrew Ladd and Chris Thorburn are the team’s top two penalty killers on forward. Interestingly, Carl Klingberg is a scrappy young player who is a tenacious forechecker Look for him to raise some eyebrows in this area.

The Jets (Thrashers) power play was 12th in the NHL last season as Andrew Ladd-Bryan Little-Blake Wheeler formed a very effective combo after Wheeler was acquired from the Bruins. Alexander Burmistrov will most likely center Evander Kane on the second unit while Nikolai Antropov slots in on the other wing; however, it will be interesting to see who gets “bumped” off the power play upon Fehr’s return.