Drama in the Desert: How are people in Winnipeg going to ’embrace’ Gary Bettman, latest from Goldwater and more

Globe & Mail:  Glendale facing lawsuit, Winnipeg watching closely.  The NHL maintains a brave outward appearance but wouldn’t it be interesting to be a fly on the wall in the NHL head offices.  While Deputy Commissioner Bill Daly may say “From our perspective, Goldwater’s announcement doesn’t change a thing,” I think most people sense this is more NHL bravado.

Arizona Republic:  Goldwater plans suit if Glendale makes Coyotes deal.  NHL Deputy Commissioner Bill Daly makes another interesting statement when he suggests that Goldwater is “Trying to chill a deal without putting their money where their mouth is”.  They can hardly react BEFORE the City makes their move.  If the city has nothing to worry about, then why not move forward and issue the Bonds.

Winnipeg Sun:  Goldwater to sue over Coyotes deal.  Amazing that Goldwater went to Court to force the City of Glendale to provide them with documentation of the deal, and the City continues to drag its feet, including sending another 391 pages yesterday.

TSN: Dreger Report . I wasn’t sure if this was coming from a TSN “insider” or it was a Press Release from the NHL front office. Most interesting omission was that he never mentioned Goldwater.

Winnipeg Free Press:  When Bettman comes running back, will we hug the little guy.  You can say what you want about GB but he has done what his employers (29 team owners have asked him to do) and you can see that with the 5 year extension they recently gave him.

Goldwater Institute:  Getting taxpayers off a dangerous hook.  The latest release from Goldwater as they continue to hammer away at the idea of using public funds for the Coyotes sale.  They continue to call for the COG to switch the onus from the citizens of Glendale to the new owner of the team.

Winnipeg Free Press:  Proceeds from parking sale to be reinvested downtown.  This could just be normal downtown revitalization or you could look at the redevelopment of the north side of Portage as further evidence (along with the expansion of the Moose press box) that the city believes an NHL team will be in Winnipeg next season. 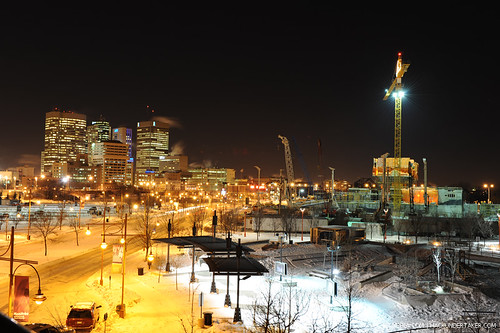