TSN:  Manitoba won’t subsidize team in Winnipeg.  Nothing new to report but a reiteration that the Province of Manitoba WILL NOT be subsidizing the team for True North.

Atlanta Journal Constitution:  Thrashers fans plan rally.  Good for Thrashers fans.  Hopefully they can get a big crowd out and show that the real cause of problems is squarely on the shoulders of the ownership group.  Of course Winnipeg has set the bar rather high when it comes to save our team rally’s. 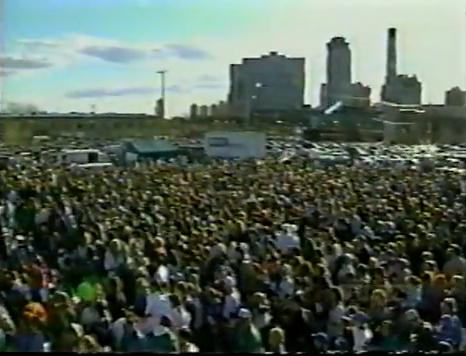 Globe and Mail:  Should Winnipeg, Quebec get public funds?  Until we have hard numbers, it is too difficult to have any sort of informed opinion.

Winnipeg Free Press:  Hockey fans favour familiar moniker. I don’t need to be convinced.  Of course with the team being Atlanta, rather than Phoenix, the connection to the Jets is lessened.

“From a brand management standpoint, the Jets is so obviously the best choice,” he said. “It’s got to be the second easiest marketing job in the world after making ads for Viagra.”

Winnipeg Free Press:  Premier confirms help sought on NHL bid.  This information doesn’t come as much of a surprise so I’m not sure why it would qualify as “breaking news”.  As was reported by CJOB 68, the Province does not plan on safeguarding against losses.  To hear Premier Selinger discuss same, click here.

Calgary Herald:  Coach cooling his Jets.  More and more we’re hearing former players and coach’s speak out so positively about their experience playing in Winnipeg.

Winnipeg Free Press:  Too early for name that team.  Ironic considering the Free Press had a poll asking that very question back on May 10th (of the 12,000+ who voted, 68% said Jets).  His point though is accurate, we are putting cart before the horse with the name debate.

Globe & Mail:  Flames owner back Winnipeg bid.  Nice to see support for the Winnipeg bid is coming from across the land.  Also a bit of irony that its coming from the team that got to Calgary as a result of a previous NHL failure in Atlanta.

USA Today:  If Thrashers land in Winnipeg, what would it mean for NHL? Just some of the scenario’s that will result when/if a team moves to Peg’.

Toronto Sun:  Push to keep Thrashers in Atlanta.  Most people in Winnipeg won’t recognize an effort until they see tens of thousands of people in the street, chanting for the team’s return.  Many remember what happened on May 6th, 1995..

Atlanta Journal Constitution:  Spirit also pursuing Hawks sale.  Well if the Arena & Hawks sell, that would spell the end of the Thrashers as nobody is anticipated to be interesting in solely purchasing the hockey team.

Winnipeg Free Press:  Local Thrasher suitors discredited. So much for all that noise.

Bird Watcher’s Anonymous:  The Balkan does exist, does he have enough dough to pull anything off? So you’re saying there’s a chance?

SB Nation:  For the last time, Lil Jon isn’t buying the Thrashers.  I would just like to see him sitting in Phillips Arena with one of his big crunk cups, shooting a music video while Thrashers play.

Houses of Hockey (The Score):  What about Quebec?  As I’ve said before you have to give props to Nordiques Nation for the effort they put forth.

Winnipeg Free Press:  Business as usual for Moose GM.  Not surprising given True North’s feeling about speaking out of turn. 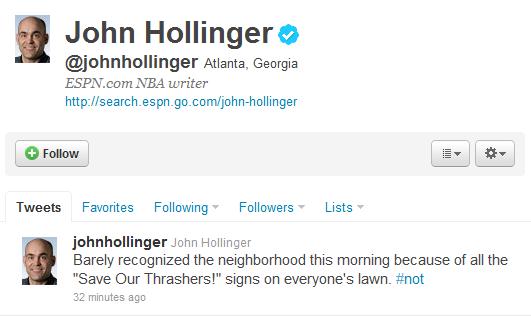