A culture of inclusivity has led the way to both team and individual success.

The Manitoba Moose are a very good hockey team. They currently sit seventh in the entire AHL in terms of winning percentage, hold a 36-20-4-2 record overall and have an impressive 22-7-0-2 record in Winnipeg. 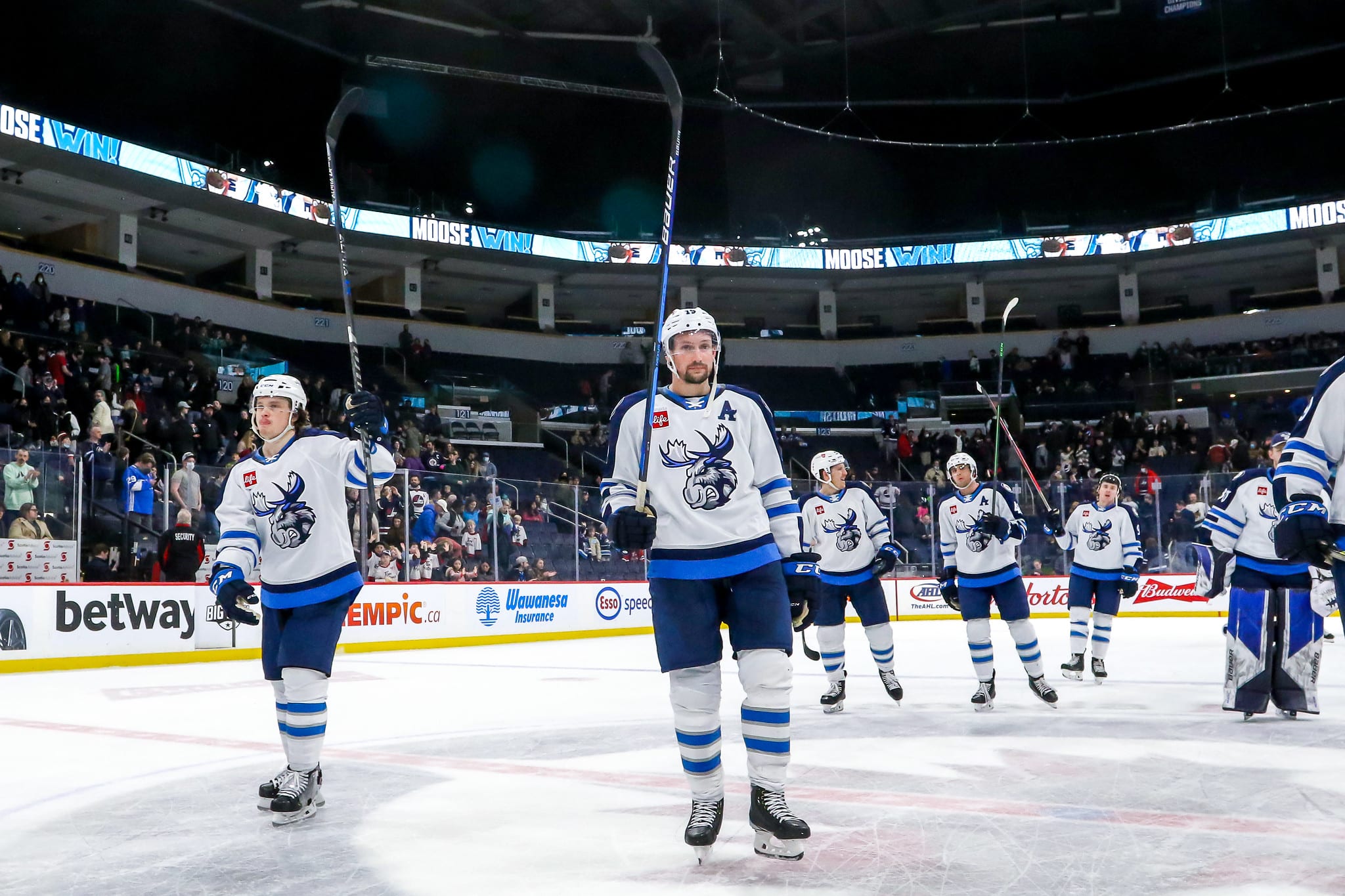 One thing I’ve written or spoken about on the Illegal Curve Hockey Show throughout the course of this 2021-22 season is just how close this group is and how clear it is to those of us who cover the team on a regular basis as to how happy they are for the success of their teammates. The one word which seems to best describe this team is “inclusive”.

Back in January a severely undermanned Moose club knocked off the AHL leading Wolves. Following that contest Jets 2017 3rd rounder Johnny Kovacevic spoke glowingly of veteran forward Nelson Nogier, who hadn’t been playing much or as was the case that night was getting into games as a forward. Nogier scored two goals that evening including the game-winning goal and Kovacevic called the Saskatoon product the best teammate he’s ever had, someone who worked hard, did everything with a great attitude and how much he loves having him as a teammate. He then spoke to the culture of inclusivity of this Manitoba club which he felt was led by captain Jimmy Oligny. Assistant coach Eric Dubois followed that up later in the post-game media availability talking about the “team first mentality” of this group and how they like each other, they like to play with each other and how they are happy for the success of each other.

To that point about guys being happy for each other’s success when Kovacevic made his NHL debut with the Jets on January 27th a large number of Moose players were in attendance in the pressbox to watch him play in his first NHL game. And that is just one in a season full of examples of these guys pulling for each other. 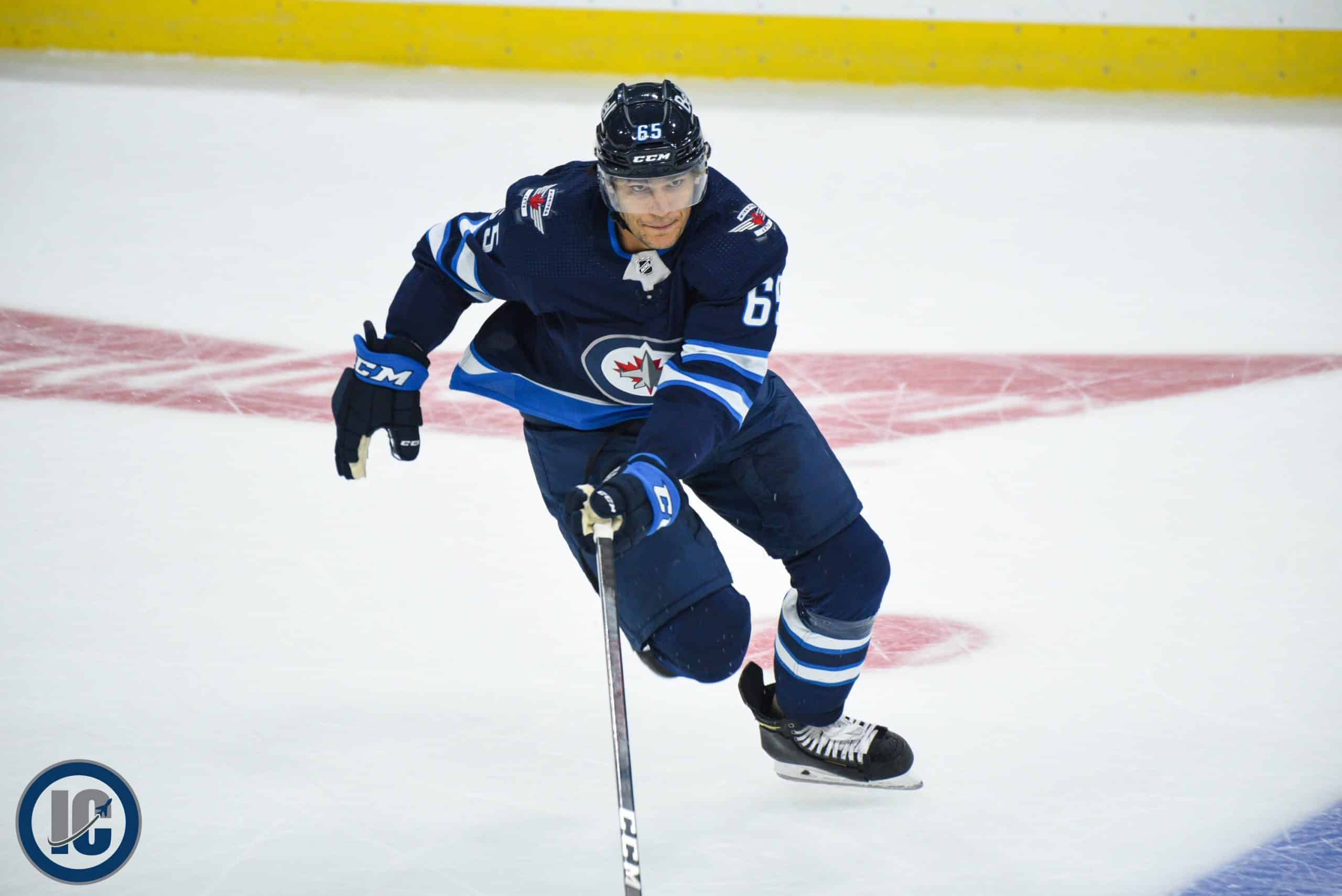 Jets interim head coach Dave Lowry was asked about the winning environment after practice on Monday and what it means for Winnipeg’s prospects.

“You want your prospects in an environment that is conducive to winning and I think that it really goes a long way. You see the culture that they have, that they’ve created, the support that they have for each player. They’re happy for the next guy and there isn’t that animosity if somebody gets called up. They’ve got a real good support group down there, they do a really good job of pushing each other and do a good job of challenging each other and they’ve done an excellent job of being excited when the guys gets an opportunity to come up and play here.”

Given that the Jets playoff chances are a smidge low (currently projected at 1.2% as per Moneypuck) then there is a good chance we see these players playing for Winnipeg before the end of the 2021-22 regular season. A guy like Leon Gawanke, who has had a nice bounce back season and who is not waiver eligible next season, is likely a player the big club will probably want to get some insight into what they’ve got at the next level. Although they won’t be subject to waivers next season perhaps even 2019 2nd rounder Simon Lundmark, who is playing his first pro season in North America or netminder Mikahil Berdin (2016 6th) play an NHL game or two before the end of the year. And of course there is well regarded prospect David Gustafsson who had to deal with injuries at the NHL level this season but has been having another excellent season in the AHL. 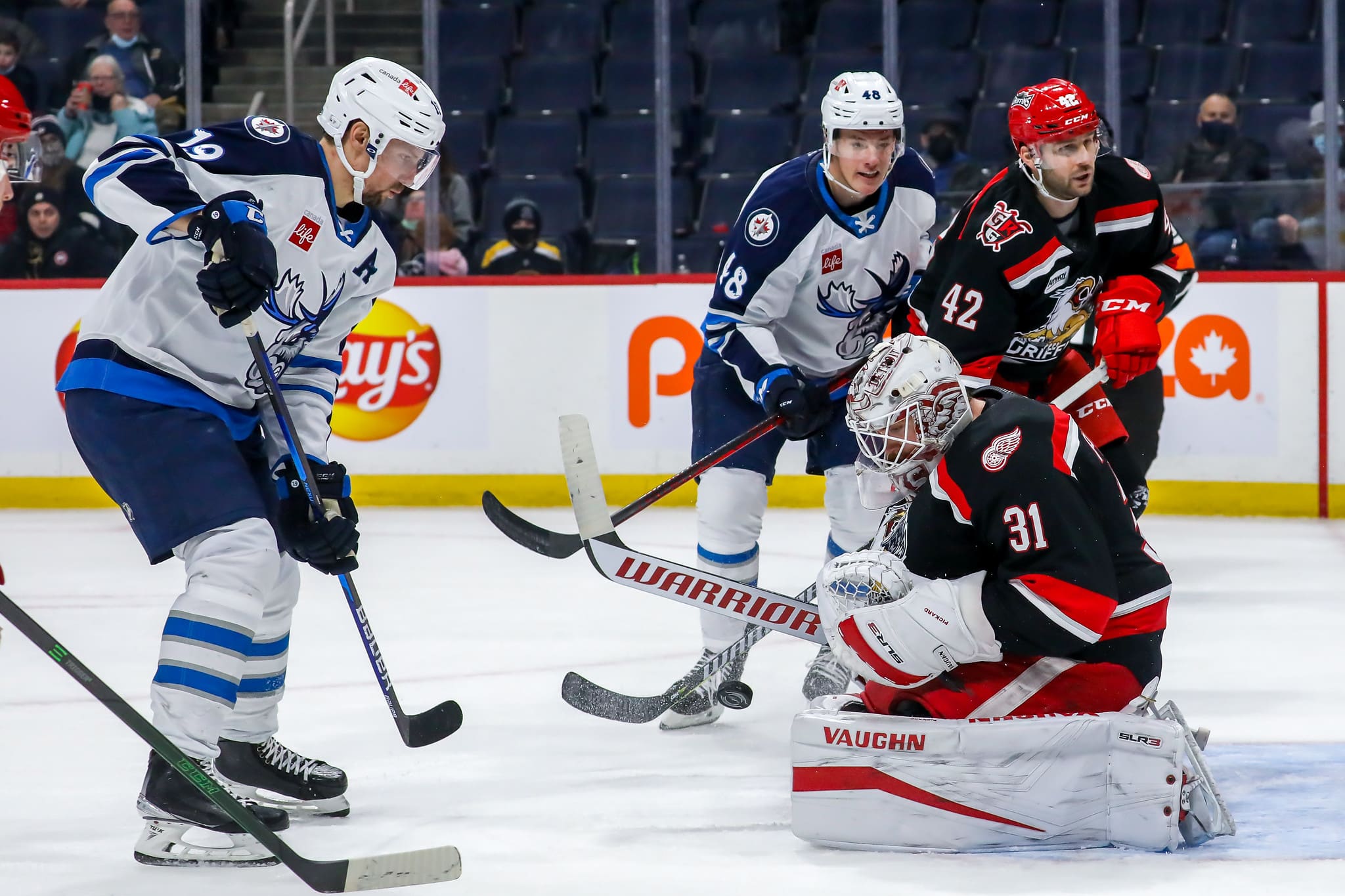 Unlike the Jets the Moose are projected to make a strong playoff run. Head coach Mark Morrison discussed what playoffs can do for players following a post-game in mid March.

“The development process through playoffs its huge. Some people say two rounds of playoffs is like a season of games. I think that they look forward to that, to have success as a group will help them individually.”.

With a solid coaching staff, good veteran leadership and a solid core of prospects the Moose culture of inclusivity is resulting in a winning culture which will ultimately benefit the Jets in the long run.

Jets can benefit from four-line hockey. Aiming to be comfortable with new system, style of play before opener. Jets aim to use final two preseason games to 'iron out any second-guessing'. How the Jets are forming under head coach Rick Bowness.