A look at the music that happens at the MTS Centre during Jets games.

From before a Winnipeg Jets game begins at the MTS Centre until the final puck drop fans are exposed to a wide variety of music. 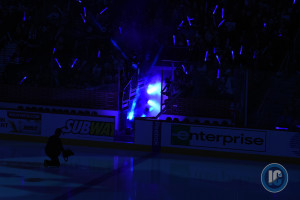 The music has evolved over the years and I’ve had some requests from Jets fans who wanted an updated list of the songs you might hear during a game.

Recently I was chatting with Kyle Balharry who is the Senior Director of Game Production & Broadcast Services for True North Sports & Entertainment and he provided me with the most up-to-date list of music you can expect to hear during a Winnipeg Jets game.

So there you have it. That is a comprehensive list of the music played during Jets games. Up next we will have a complete list of music that is played at Moose games.

As always feels free to add your voice to the conversation. Are there any songs that you’d like to see added?