Winnipeg Free Press:  Jets Byfuglien to be charged in boating incident.  This can’t be good for business.

Winnipeg Free Press:  Jets rookies excited for chance in tourney.  I can’t imagine any city has been so excited for a game of prospects. 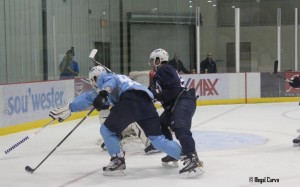 Winnipeg Free Press:  Jets’ Pavelec eyes playoffs.  If you are a fan of the Jets, you have to like what the team’s #1 goalie is saying.

After the jump we take a look at 5 burning Southeast division questions, Jet signing autographs tonight and a look at the Jets defensemen’s possible point totals for next season.  In ‘Around the NHL’ news the Bruins remain tight-lipped about Marchand contract, Capitals Troy Brouwer on pace to start season, Lokomotiv pulls out of KHL and Rangers name Callahan as captain.

CTV:  Winnipeg Jet scheduled to sign autographs.  I suspect that to be one of the 250 people to get an autograph, you are going to have to show up early.

Calgary Herald:  Five burning South east division questions.  I tend to forget that the Jets will be in this division next season (of course I still think of the Jets in the Smythe), but this list has the Jets missing the playoffs.  Accurate?

Metro:  Now that was a summer.  Just a brief mention about the Jets being the fuel to keep folks excited, but the fact is that almost everyone I talk to agrees that this was the best summer they can recall. 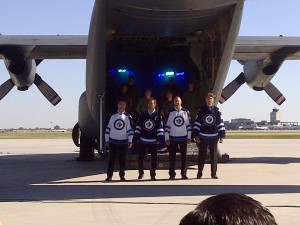 Arctic Ice Hockey:  Jets comparables – The blue line.  I’m always cautious to use a system to predict how a player will do.  However the guys over at Arctic Ice came up with these numbers for the Jets defence.

NESN:  Brad Marchand, GM Peter Chiarelli remain tight-lipped about contract.  The Bruins are going to need this feisty little forward in the lineup.

Washington Post:  Capitals’ Troy Brouwer on pace to be ready to start season.  Important to know what is happening within the Southeast division.

ESPN:  Tragedy-hit Lokomotiv pulls out of KHL for the year.  This is probably for the best as trying to make do with a make-shift lineup probably wouldn’t have worked out very well.

CBC:  Rangers name Callahan new captain.  The Rangers select a native New Yorker to be the team’s 27th captain of all time.