CBC:  Manitoba RCMP seize phoney Jets merchandise.  Looks like people who wanted counterfeit jerseys are going to have to buy them when everyone else does. 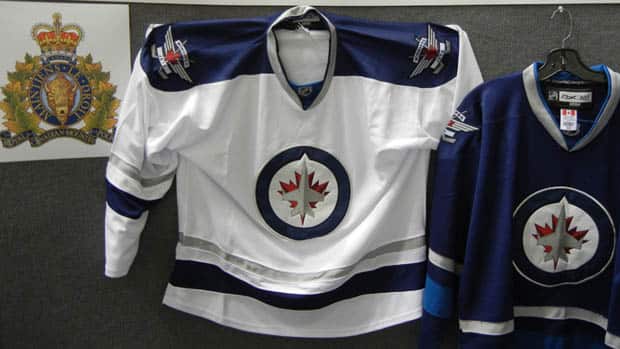 Pitblado:  Season ticket checklist.  The lawyers down at Pitblado in Winnipeg have come up with a useful pdf checklist for those of your sharing your season tickets as a group.  Good points to be aware of, especially if you are partnering with people who are more acquaintance than good friend.


After the jump Bolts fans looking north to recruit former Thrashers fans, Rich gives his take on the Jets for ESPN and a look at the Top 10 Jets prospects.  In ‘Around the NHL’ news former Jet Pat Elynuik’s son is making his own path and the battle for the Dallas Stars will go to the bidder who wants it the most.

ESPN:  Summer skate – Winnipeg Jets (subscription required).  IC’s own Richard Pollock collaborated on this one with Corey Pronman of Hockey Prospectus to give this inside look at the Jets prospects.

Raw Charge:  What happened to the Atlanta Thrashers fans?  Our good friends at the Bolts blog wonder why Thrashers fans would transfer loyalty to the Predators, instead of an Eastern Conference former rival like Tampa.

Leader Post:  Regina Pats’ Campbell Elynuik follows his own path.   If he follows the path of his father, the familiar #15 for the 80’s Winnipeg Jets he would make some NHL team quite happy.

DMagazine:  Stars bidder who believes most in future of franchise will win.  Seems the Dallas Stars are one NHL franchise people really want to purchase.