Winnipeg Free Press:  Rypien’s death hits NHL hard.  Lots of NHL players are speaking out (via twitter) to express condolences and admiration for their former teammate or adversary.

Global News:  Rypien talked about bringing a Stanley Cup to Winnipeg.  A shame that he will never have the opportunity to realize that dream.

Yahoo Sports:  How camp Shannahan can make shootouts less terrible.  While I’m not a huge proponent of this as a means for concluding a game, I did enjoy a live shootout featuring Hasek vs. Luongo a few years back.

SportingNews:  Penguins tickets hot – add 300 seats.  Just had a contingent of Pens fans pass through Winnipeg and they said behind the Steelers, people in Pittsburgh are pumped about the Pens, and the 99% season ticket renewal would seem to bear this out. 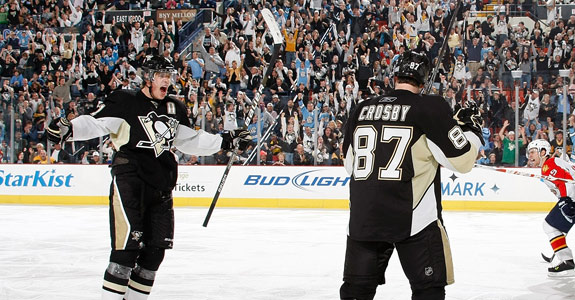 Globe and Mail:  Canadian team preview – Ottawa Senators.  The prediction is that the Sens will finish 13th in the East.  Does this mean the Jets are gonna be higher or lower?  We will have to wait till he does the Jets preview.  Where do you think the Jets will finish?