The strength of this Moose club is their depth.

The Moose finished the regular season and did not have a player who ranked higher than 83rd on the AHL points list.

Normally that would be seen as a weakness.

But with this Manitoba team it is the strength of this roster that they have contributors up and down the line up which reflects the fact that they are a team that has depth which can plug and play guys when needed.

Perfect example was Saturday afternoon with the team resting Evan Polei who forms a hard-working and productive line with alternate captain Cole Maier and Nicholas Jones who was named AHL Player of the Week to conclude the season. They inserted Haralds Egle into the lineup and he just continued to what that line does which is produce (Egle had a goal, Maier 2A and Jones 1G 2A). They won 6-0. 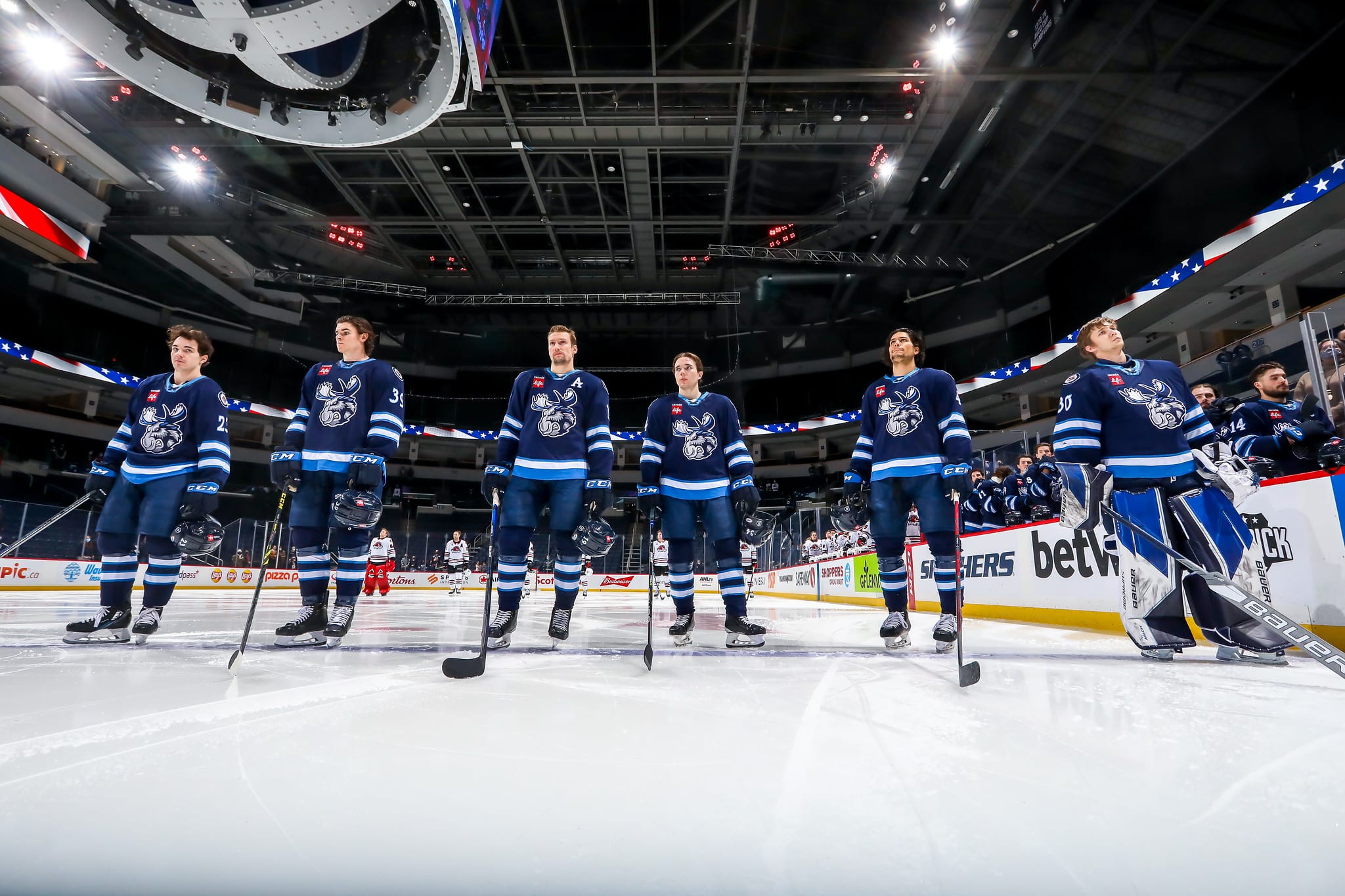 Moose coach Mark Morrison, like his predecessor Pascal Vincent, doesn’t generally get too wrapped up in line 1, line 2, line 3 or line 4 and the same goes for D pairs. So the below gives you a general idea of the team and there do remain some injury concerns.

Injured: Poganski (LBI, but back skating) & Meireles (out for awhile).

*Guys who were dealing with some injuries.

*They’ll move him to his off side b/c they need Samberg, Heinola and Chisholm in their natural spots. I’ve liked Lundmark a lot this season but he’s the odd man out when all five Jets prospects are available.

The Central Division semi-final gets underway on Friday night in Milwaukee. Our series preview can be read here.