With possible 2016 Heritage Classic in Winnipeg – You pick the opponent!

The buzz around Winnipeg was the news that the city is vying for the 2016 Heritage Classic to be held at Investors Group Stadium.

The buzz around Winnipeg yesterday was the news that the city is vying for the 2016 Heritage Classic to be held at Investors Group Stadium. 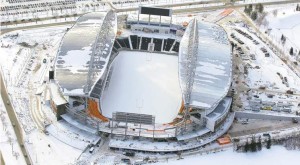 Which was later confirmed by True North’s Scott Brown;

Now that the idea of Winnipeg potentially hosting the Heritage Classic has sunk in, the logical next question would be picking an opponent for your Jets to play.  Would it make sense to pick from a rival in the Jets new Midwest Division?  Perhaps one of the western Canadian teams or possibly an eastern Canadian team.

When we asked on twitter whom you would like to see, we got a variety of responses; 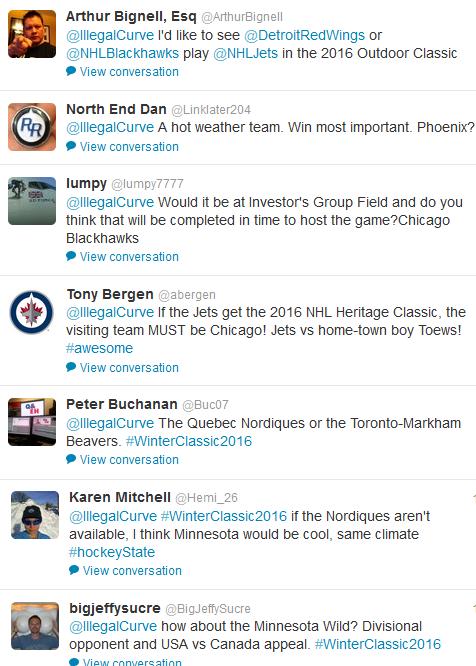 Our new poll question asks you who would you like to see.  As we see it there are four options, namely;

Feel free to give us your two cents as to whom you’d like to see and why.