Heinola heading to the AHL. 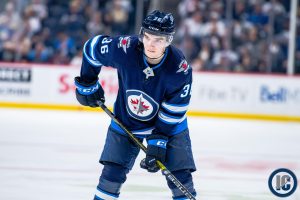 Jets 2019 1st round pick Ville Heinola has been a pleasant surprise for the Jets early on this season considering that many observers thought he was heading back to Finland after training camp concluded back in late September.  Heinola has played eight games with the Jets this season (one goal, four assists) which had him dangerously on the edge of burning a year of his entry-level contract (10 games) so to avoid same and more importantly to get him playing big minutes the Jets announced on Thursday that Heinola has been assigned to the Manitoba Moose.

This gives the Moose quite the Finnish contingent with Heinola joining 2017 1st Round Pick Kristian Vesalainen, Sami Niku and Joona Luoto who are already with the AHL club.

Coach Maurice was asked today about the young defenceman.