Two became one for day 3 of camp.

Today the Jets combined their two groups into one in order to scrimmage.  It began with a practice and then moved into the scrimmage portion of the day.  As per Ken Wiebe of Sportsnet centre David Gustafsson remains in a non-contact uniform and Tucker Poolman, who practiced in a regular jersey, also isn’t going to participate. 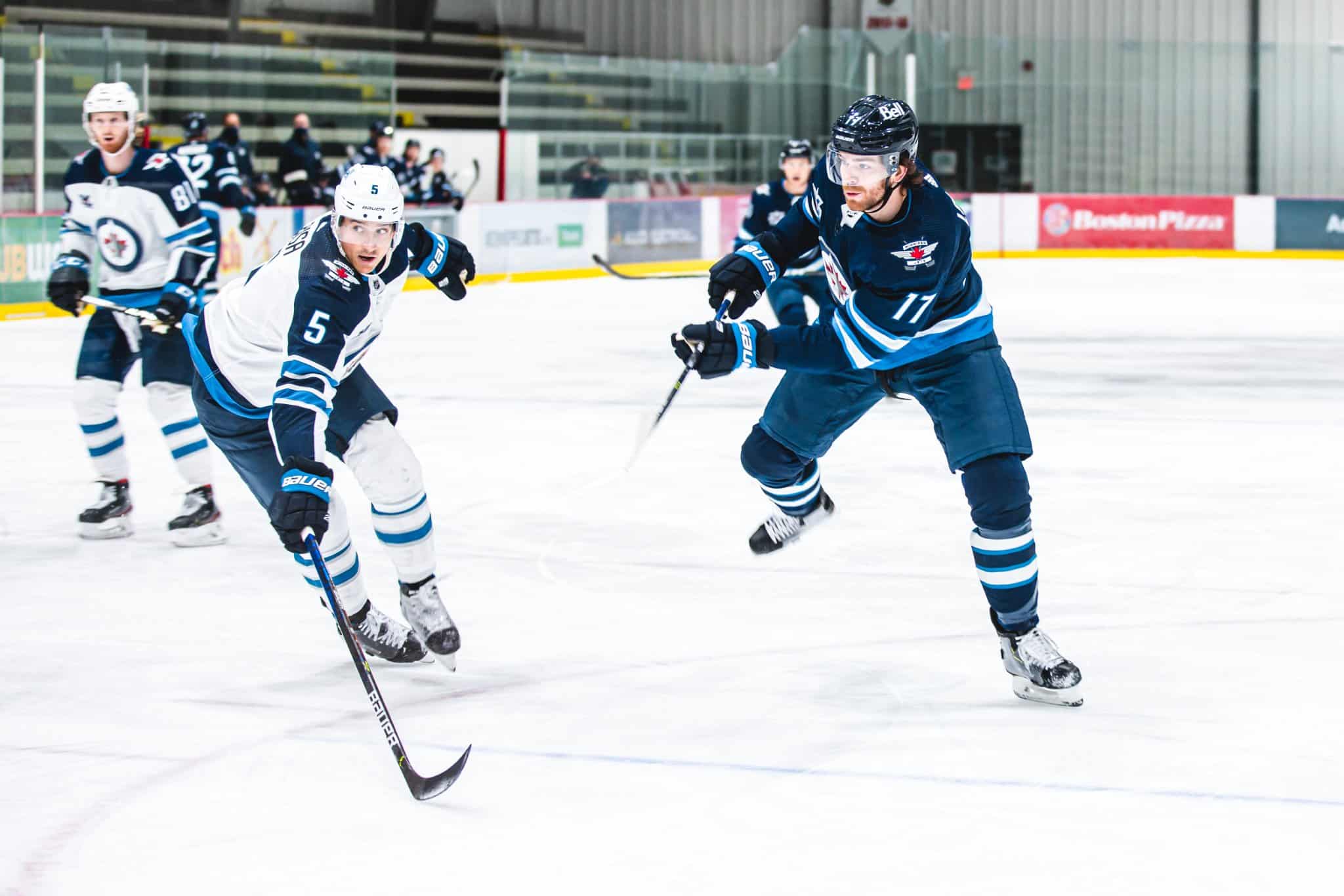 Ken provides the lines for both squads.

Ken indicated that Team Blue won 3-2 and adds that “Jansen Harkins (GWG) and Trevor Lewis each had a goal and an assist in the scrimmage”.