Jets trade the centre they acquired at the Trade Deadline. 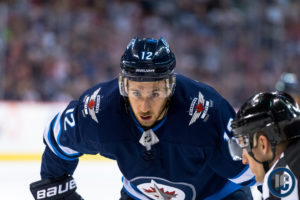 Kevin Hayes was acquired at the trade deadline from the New York Rangers in exchange for the Jets 2019 1st round pick, Brendan Lemieux and a conditional 4th rounder in 2022 (which was contingent on the Jets winning the Stanley Cup which is a condition that was obviously not satisfied).

Today the Jets sent him back to the Metro Division as they swung a deal with the Flyers to acquire Philadelphia’s 5th round pick in the upcoming draft in Vancouver. This gives the Jets four picks (2nd, 4th and 5th x 2) at the end of the month and allows them to turn Hayes into an asset since he wasn’t expected to return to Winnipeg as he can become an Unrestricted Free Agent on July 1.

And for those wondering what value a 5th round pick has don’t forget that Connor Hellebuyck (2012), Tucker Poolman (2013) and CJ Suess (2014) are three players or prospects the Jets grabbed with their 5th round pick in previous drafts.