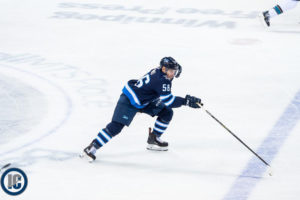 The final arbitration eligible RFA this summer for the Jets was Marko Dano who was scheduled to meet with the arbitrator in Toronto on July 30th.  Instead he and the Winnipeg Jets have agreed to a one-year deal worth $800,000.00.

Dano was acquired as part of the Andrew Ladd trade between the Jets and Hawks back in 2015-16.  The first round pick (27th overall) by Columbus in 2013 played just 23 games for Winnipeg last season as he more often than not found himself as the 13th forward.  In those 23 games he scored two goals and added one assist.