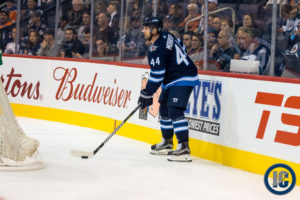 After having his most productive NHL season last year and earning himself quite a bit of fanfare for his shutdown role alongside Jacob Trouba it was a no brainer that the Jets would be seeking to lock up Josh Morrissey. But the question was whether it would be a bridge deal or a long-term one.  Today the team announced that Morrissey will be back patrolling the blue line next season as he has agreed to a two-year deal worth $6.3 million ($3.15 million per year).