Island Park, NY native Anthony Bitetto is a 28-year-old left shot defenceman who was drafted by the Nashville Predators back in the 6th round of the 2010 NHL Draft.  Bitetto has played eight seasons in the NHL/AHL, seven with the Predators/Admirals and last season with the Wild. 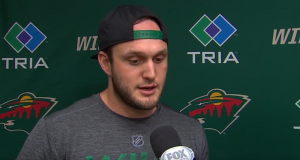 Ken Wiebe of the Winnipeg Sun broke this last night and had further details today:

Believe it’s going to be a one-year, two-way deal for D Anthony Bitetto with #NHLJets

The Jets have confirmed the deal.