At the end of August, having fielded many inquires about when season ticket holders could expect to receive their tickets, I contacted True North to find out and was given the following information regarding the method of delivery of Jets season tickets.  (An IC reader in Toronto shared his season tickets for the Leafs/Jets games, that he received this week). 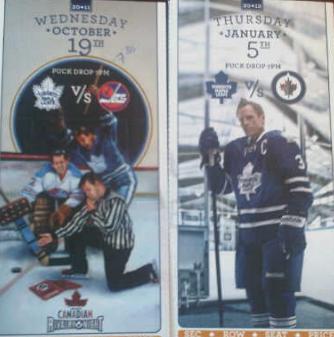 After the jump we get the updated info on how and when you can expect to receive your Winnipeg Jets season tickets.

One reader has shared a letter he received from True North(Update:  After writing this post, and checking my mail, I too had received this letter from TN) which provides further details as to how/when you can expect delivery of your Winnipeg Jets Season Tickets:

So if you still haven’t received this letter or exhibition game tickets, fear not as they should be arriving just as soon as Canada Post can deliver them to you.