The final opportunity for the media to interact with the 2011/12 Jets. Hear what they had to say about playing in the city. 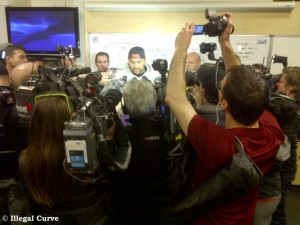 It has been quite a season to remember and here are what some of your 2011/12 Jets had to say about their 1st season in the city:

Ondrej Pavelec – Thoughts on playing in Winnipeg.  His own development.  Highlight from the year.  Playing in the World championships.  His RFA status.

Chris Mason – UFA status, is he willing to concede playing time?  Perception of Winnipeg market changed?  What was dressing room like?  Offseason plans. 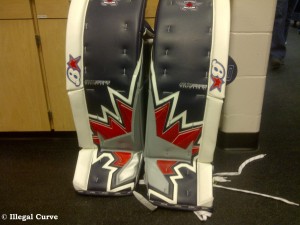 Zach Bogosian – His personal game and development.  Gonna kill some Manitoba animals?  Was move easier or harder than expected?  What surprised him the most about Winnipeg.  Taking what he’s learned into next season. How far is this team from playoffs?  Highlight memory.


Tanner Glass – Down time in offseason.  Highlights from season.  His UFA status.  What has the GST line meant to him?  Having time to heal.

Tobias Enstrom – #1 memory from past season.  How does he spend offseason.  Will he play in the World Championships?

Kyle Wellwood – Best memories from the past season.  His personal development.  Will he be pulling for the Flyers to support his brother.  Summer plans.

Jim Slater – How important is it to come back to team?  Would he be willing to sign before July 1st?  Having the trust of the coaching staff.  Wanting team to succeed.  Intrigued by learning his market value?

Mark Stuart – What do the Jets need to do this summer?  Has he been asked to go to the World Championships?  What will he think about this year when reflecting on it 20 years from now.  Better memories (with playoffs) ahead.  Fans expecting more next year.


Andrew Ladd – What do the Jets need to do in offseason?  Is he playing in the World Championships?  Redemption for the season?  Change in culture from Atlanta to Winnipeg.  Can this be accelerated?  Most memorable moment.  Has the reputation of Winnipeg spread?  Higher expectations.


Dustin Byfuglien – Tough day?  Anything surprise you about Winnipeg?  How much of a toll did it take on the team?  What does team need to do to take next step?  How bad was the injury bothering him?  Will he play in the World Championships?  Improvements to his game?  Offseason plans.

Evander Kane – Perspective on the season.  RFA status.  Would he do anything differently?  Was it a fun year for him?  Problem being in the spotlight?  Growth as a person?

Blake Wheeler –  Thoughts on year 1.  How far away is this team?  His development.  What needs to be changed?   Was he playing hurt?  Did the year meet his expectations?  World Championships?  Offseason plans.


Bryan Little – What is he looking forward to next September?  Start/Finish to season.  How does he asses his personal game?  How far is team from playoffs?  Stanley Cup predictions.

Coach Noel Season Finale Press Conference
Season in Review: The Games That Got Away