Jets are getting healthy. 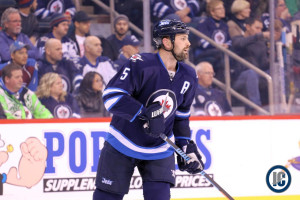 When coach Maurice announced the Jets injuries back on December 4th, 2014 he put Tobias Enstrom’s timeline as the entire month of December.  While it appears he took a little longer to get him back into the lineup the Jets today are also getting back Mark Stuart and Evander Kane well before their original February projections.

The Jets are just sans Jacob Trouba, who is also slated to return in February, before they will have a completely healthy roster.  For now Postma becomes the 7th defenceman.

Winnipeg has re-assigned Cormier & Ellerby to the St. John’s IceCaps of the AHL.