The veteran heads back to the Moose after being up to ensure roster compliance with the CBA. 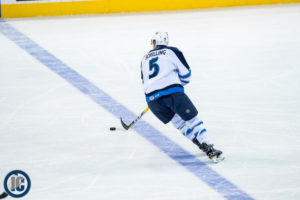 When the Jets sent Jansen Harkins to California to represent the Manitoba Moose in the AHL All-Star Game they were required to make a recall in order to maintain roster compliance with the CBA so they recalled veteran defenceman Cam Schilling.

Schilling was able to earn NHL money while enjoying some rest and relaxation during the break. The Jets announced on Tuesday that Schilling has now been reassigned back to the Moose.

Schilling has five goals and 20 assists in 42 games for the Moose this season.

The Moose will definitely need Schilling as they look to make a push back into a playoff spot.