Following the Jets win over the Oilers last night the team practiced today in Edmonton for their re-match.

The Jets won a wild one last night in Edmonton as they held on to defeat the Oilers 6-5 to kick off four games on the road. 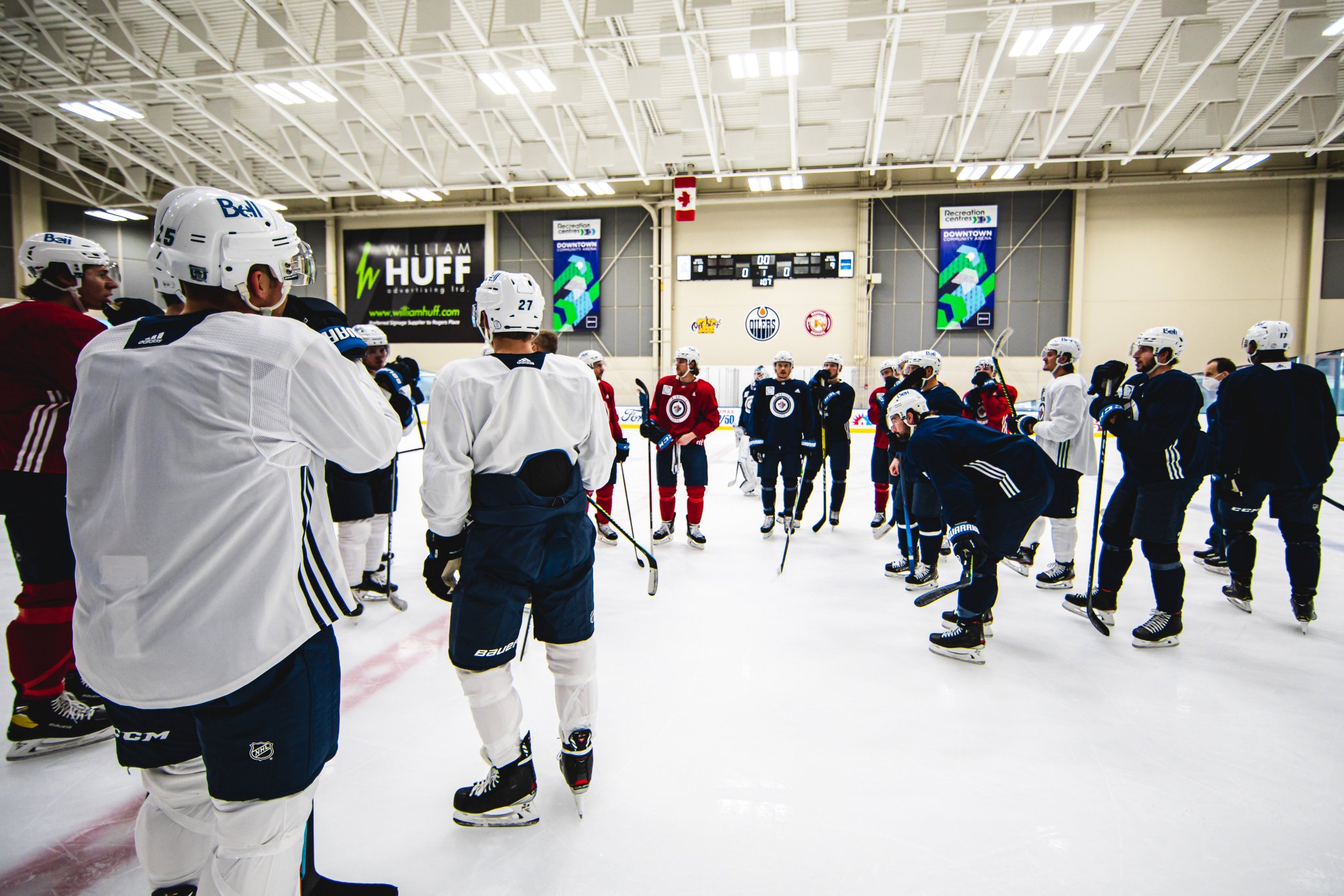 We saw, courtesy of the Jets pictures from practice, Pierre-Luc Dubois in a regular uniform for practice which is a good sign after he has missed a few days with tightness.

Jets bench boss Paul Maurice said that Pierre-Luc Dubois is not expected to be a player in tomorrow’s game against the Oilers although he did qualify his comments by indicating that the Dubois would be looked at by the training staff following skate. He added that Nate Thompson is also making progress although he too isn’t likely to play tomorrow night based on the way the 4th line played on Monday.

1. Health update on Pierre-Luc Dubois.
2. Thoughts on Connor McDavid.
3. Is it fair to say what PLD is dealing with is part of the inactivity due to quarantine?
4. On Sami Niku being stuck in purgatory.
5. On the internal competition for the 4th line.
6. The high scoring games in the All-Canadian division.

The Jets will have a re-match with the Oilers tomorrow night in Edmonton. Be sure to keep it locked to illegalcurve.com for the AM Papers which go live at 7 AM CT.