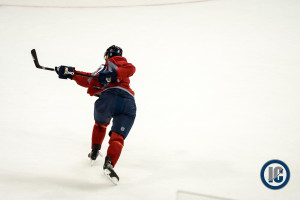 The Jets have hit the ice for a skate at the MTS Centre although as has been the case of late a number of players appear to be taking maintenance days.  Today Dustin Byfuglien, Tobias Enstron, Blake Wheeler and Bryan Little are not skating according to Jeff Hamilton of the Winnipeg Free Press.  Not surprisingly Ondrej Pavelec, who left last night’s game in the 2nd period with a lower-body injury, is also not on the ice for the Jets.  Brian Munz of TSN 1290 Winnipeg adds that Ben Chiarot (full contact) and Marko Dano (non-contact) are also out skating today.

Mark Scheifele:  On players (Laine) being moved up/down in the lineup.  Did he talk to Laine afterwards?  Did he like the way the team bounced back last night (from the way they played in Colorado)?  Nice to have a few days before they go back to back?

Patrik Laine:  On his limited ice and his thoughts on his game last night.  Was he surprised by the decision to limit his ice?  What does he need to do better?  Is it just part of the process?  On whether mistakes in the NHL get magnified.  What does he think when he watches that play on video?  Doesn’t the coach force him to watch it?  How quickly does he put last night’s game behind him?  How hard is it to put games behind him?

Coach Maurice:  Any update on Ondrej Pavelec?  Status of Ben Chiarot?  On Laine’s limited shifts and his process for making that decision.  On how he has handled the “kids”.  On his willingness to play the “kids” and trying to balance it.  How do you go from a bunch of good individuals to a great team?  How much could superior goaltending mask some of the deficiencies?  On when he determines to reduce a player’s ice time.  On not showing a lot of confidence in Connor Hellebuyck.  On line juggling.  On mobility between the lines.  Overall how has the team reacted to his in game changes?