Check out the latest from the Jets optional practice at Bell MTS Place. 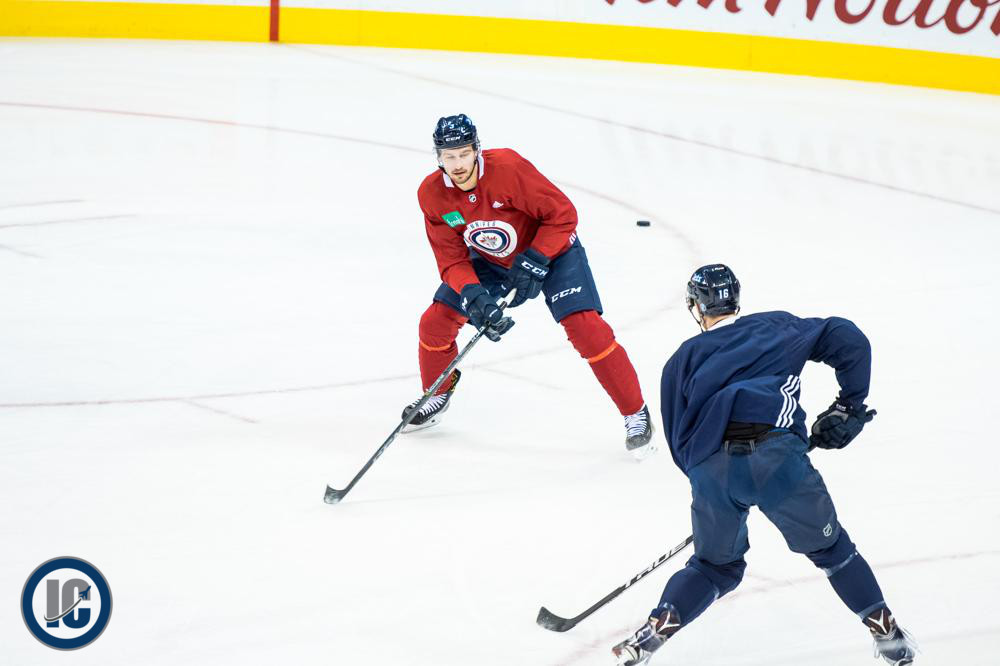 The Jets are back in business today after returning from Nashville last night with a series split.  It will be an optional skate for Winnipeg coming off that five period contest.

According to Scott Billeck of the Winnipeg Sun it looks like a new face has joined the group as Dmitry Kulikov is skating in a non-contact jersey while Mathieu Perreault has shed the non-contact uniform.  Jason Bell of the Winnipeg Free Press adds that Joel Armia also skating in a non-contact jersey.  Brian Munz of TSN 1290 gives us the full list of today’s participants: Poolman, Matthias, Ehlers, Dano, Morrow, Perreault, Hellebuyck, Mason, Hutchinson.

Some players spoke before the optional got underway while coach Maurice will speak after today’s skate.

Coach Maurice:  What is the day like for them after a night like they had yesterday?  Any update on Dmitry Kulikov?  Mathieu Perreault status?  What does a player learn from a double OT loss?  Upon reviewing the tape anything he would like to have changed?  How have the young players stood up to the challenge?  The message to the team after game 2.  Has he seen little things that Mark Scheifele has done to elevate his game?  How can Scheifele’s play rub off on players?  How does he feel about the play of the forwards on the OT goal.  The aggressive pinch on the third goal against.  Playing to their identity.  What is it about the building that has provided such an advantage?

At this point there really is little value in asking about players since it is clear that coach Maurice will not get into specifics.  Unless a player is taking a pre-game warm up skate (and even then that isn’t a guarantee) I think it is easier to just label anyone with a concern as a “game-time decision”.

Today he was asked about Dmitry Kulikov who was wearing the non-contact uniform and didn’t offer much in the way of an update “Other than he’s in non-contact, until they get out of that, they’re not players for us”.  With respect to Mathieu Perreault coach Maurice was supplied with this “possibly at some point in the future” before answering the question about the status of 85 and seized on it suggesting that was just how he would have answered it.