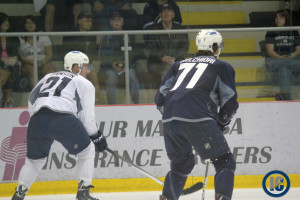 With the injury to Zach Bogosian last night there was little surprise that the Jets recalled someone from St. John’s.  While the depleted D core is getting healthier (Stuart, Trouba) clearly there was a need to get another body up here.

The Winnipeg Jets today announced they have recalled defenceman Julian Melchiori from the St. John’s IceCaps of the American Hockey League.

He was originally drafted by the Atlanta Thrashers in the third round, 87th overall, in the 2010 NHL Draft.