Winnipeg Sun:  Winnipeg Jets chat with Ken Wiebe.  Ken takes any and all questions you might have about the team starting at 1 pm.

Team 1040 Radio:  Evander Kane with Paterson And Walters (audio).   Spoke about his off season so far, getting his training started on time, has he followed the moves made by the team, first camp under coach Maurice, are his comments because of his desire for the team to have success, does he like being in a hockey market, how much longer is he in BC before heading to Winnipeg? 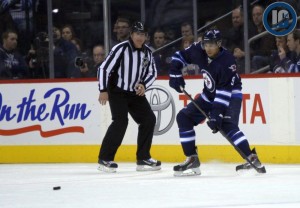 Hockey Hall of Fame:  Winnipeg Jets Day at the Hall.  The first 1000 fans in Toronto today will receive an Ondrej Pavelec jersey card.  As I don’t collect hockey cards I have no idea if these are usually valuable or not.

Illegal Curve:  “Rock the Wall” BBQ.  Here is your chance to meet some local NHL players as well as some other well known Manitobans while supporting Cancer Care Manitoba.