Winnipeg Sun:  Hutchinson deserves chance.  Ted makes the argument that its time the Jets make a change and give this 24 year old a chance to push for the #1 spot.  What say you? 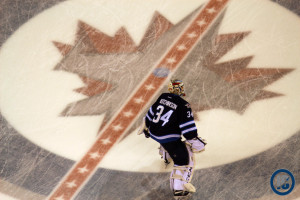 Winnipeg Sun:  Veteran Jason Jaffray big part of IceCaps run to Calder Cup final.  It was somewhat fitting that he put the icing on the cake as he scored the empty netter that sealed the 5-0 Game 6 win for St. John’s and continues to play an important role on this team.

The Telegram:  IceCaps have final say.  It was a good way to end the series against the Penguins and these IceCaps will have a very tough time when they face off against the Stars.