TSN:  Winnipeg Jets off season game plan.  Scott Cullen breaks down the Jets team and looks at some of the moves in this comprehensive article on your hockey club.  What do you think? 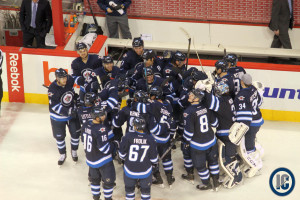 The Telegram:  IceCaps lose in OT, series heading back to St. John’s.  Michael Hutchinson was spectacular throughout the game and specifically in OT, making several fantastic saves but he couldn’t stop them all as Swede Andre Petersson sent the series back to Newfoundland.

The Virginian-Pilot:  Admirals top St. John’s in OT, stay alive in playoffs.  Read the view of the game with a focus on the game the Admirals played.

Winnipeg Sun: Prospect Kosmachuk taking Memorial Cup by Storm.  Ken gives you some insight into 3rd round selection in 2012 as he gets ready to play on a National stage.