The Hockey News:  NHL Pre-Season predictions.   Missed this yesterday.  The Hockey News doesn’t expect much from the Jets this season.  Fair or foul?

ESPN:  Jets shooting for the playoffs.  You need to be an ESPN Insider to read the full article.  Essentially talks about what the Jets need to do to make a post season appearance for the first time.

Winnipeg Free Press:  Is Kichton draft day steal?  A lot of teams passed him by on his second go around.  While this obviously doesn’t mean that the 29 other teams might not have made an error, it may be a tad early to be using the term ‘steal’.

Winnipeg Free Press:  Jets sign Kichton to three-year deal.  He looks like he could be a nice prospect who will likely get some time to develop in the AHL before getting an opportunity to crack the parent squad. 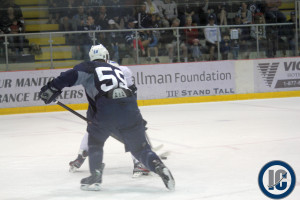 Illegal Curve:  Jets Pass Headquarters.  The Jets emailed season ticket holders yesterday to give them a heads up as to what is happening with your season tickets.  If you are curious, here is the letter they sent with links to an explanation from the Jets.

Illegal Curve:  Ginsburg picks Team Canada men’s hockey team.  Ezra made his predictions for the composition of Team Canada for Sochi, and now it’s your turn.  Why not add your guess as to who you think will be on the squad.

Globe and Mail:  Babcock hopes ball hockey paves the way to Olympic gold.  The players on Team USA enjoyed making some jokes at the Team Canada ball hockey schtick but you can believe that if Red Wings coach Mike Babcock saw value in the exercise, it was probably a good idea.

Congrats to our softball team, the House of A, as we won the 2013 WJMBL Championship last night.  Back to back titles for the House and we finished the season on a 13 (9 regular and 4 playoff) game win streak!! 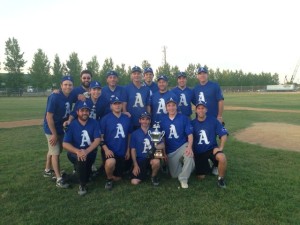