Yahoo (Puck Daddy):  Has Ron Hainsey’s NHLPA lockout ‘bad cop’ role blackballed him in free agency?  While Hainsey was asked to play above his role in Winnipeg, you would have to suspect some team would have been willing to take on the serviceable defenceman for the upcoming season.  Of course we don’t know what kind of money he is asking for and as many Jets fans would tell you, he will certainly not be earning close to what he had in his previous contract.

U.S. National Junior Evaluation Camp news:  Corey Pronman reported a couple of days ago that according to USA U20 coach Don Lucia, Winnipeg prospect James Lodge was injured and would miss a couple of weeks.  The actual injury was not disclosed.  As well of note, the Jets Andrew Copp went awkwardly into the boards during a game but it was later determined that he was fine and could play in next game.

Yahoo (Puck Daddy):  Alex Burmistrov bitter that Olli Jokinen got more ice time with Winnipeg Jets.  A new report has emerged (via twitter) that the young centre wasn’t happy that the Jets 2nd line centre was getting more ice time than him. 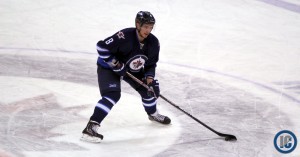 Illegal Curve: Interview with Zach Bogosian’s agent Bob Murray. The guys had a really interesting interview with Bogosian’s agent on Saturday and they covered a number of aspects of what it took to get this deal done. Jets fans are going to love some of the comments he made with respect to the reasons Bogosian wanted to stay in Winnipeg long term.

Globe and Mail:  Coyotes ownership saga concludes as NHL finalizes sale of team.  The 29 others NHL owners have to be happy that they no longer have this albatross around their necks anymore.  Regardless of what happens in the dessert, they are back in private ownership and it will be upon the people of Arizona to ensure the team’s long term viability. 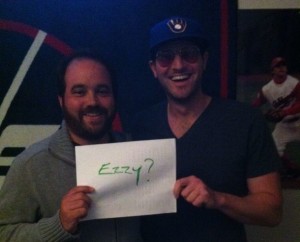