Note:  Reminder that the Illegal Curve Hockey Show on TSN Radio 1290 is now on summer hours.  This means the show will broadcast from 10 am to noon on Saturday. Join us tomorrow for two hours of exciting hockey talk.

– Jets news remains sparse as RFA watch continues. Blake Wheeler is scheduled to go to arbitration on July 29th and then Zach Bogosian has a hearing scheduled for August 2nd. 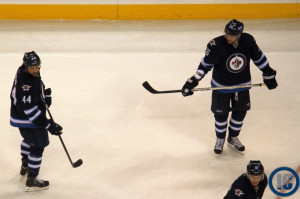 Illegal Curve Analysis:  Blake Wheeler | Zach Bogosian.  Richard broke down what these two could potentially sign for back in May.

Edmonton Journal:  First-round draft pick Nurse signs entry-level contract with Oilers.  This team has the potential to be downright scary in a year or two.

Toronto Sun:  Maple Leafs sign GM Dave Nonis to 5-year extension.  It appears that the enthusiasm from the playoffs carried over and will see a half decade of Nonis leadership to get it ever farther.