Globe and Mail:  Scheifele working hard to make team this season.  Fans will be happy to hear that he is spending the summer getting ready for a very important training camp this season. 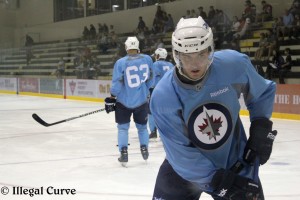 Winnipeg Free Press:  Good things come in 3s.  Here is where it gets really tough for fans as the desire to win now vs. long term prospect development battles for supremacy.

Winnipeg Free Press:  Coach Kane.  Must come as welcome relief for Jets fans who were concerned about the recovery of the Jets young gun.  Should be a help for the young prospects as well.

Winnipeg Sun:  First-round picks Scheifele and Trouba joined at the hip.  Good to hear that the two top prospects in the Jets system have created a bond and will be there to push each other as they continue to develop.

Winnipeg Sun:  First-rounder Josh Morrissey enjoys warm Winnipeg welcome.  You got the sense at the draft that he was excited to experience playing in a hockey mad city like Winnipeg and it sounds like it lived up to his expectations.  Ken also covers the latest on prospect Ivan Telegin and some local players at Jets camp.

Newsday:  Islanders, Josh Bailey agree on five-year deal.  The up and coming young team continues to strengthen their core as they got another piece to their puzzle locked up.

Philadelphia Daily News:  Ron Hextall back as Flyers asst. GM.  The pride of Brandon, Manitoba will be heading back to the city of brotherly love to help get the franchise back on track after winning a Stanley Cup ring with the Kings.