CBC:  Memorial Cup – Players to Watch.  The Jets only have one player in the tournament as Saskatoon Blades Lukas Sutter is the lone rep for Winnipeg.  All eyes will be on the Memorial Cup now that Team Canada was eliminated from the World Championships.

Winnipeg Jets:  Prospect Profile – Ryan Olsen.  Always good to get a look at some of the prospects in the system.

– Jacob Trouba and Team USA will take on Switzerland today at 7 pm in the World Championship Semi Finals.

Pittsburgh Post-Gazette:  Sidney Crosby puts on a show in 4-3 victory. 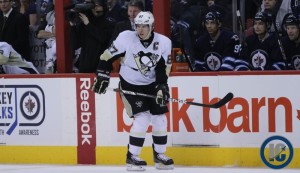 Globe and Mail:  Spezza could return for Sens as soon as Game 3.

Globe and Mail:  Alex Edler suspended two games for knee-on-knee hit on Staal.  I was watching this live and you could see a fraction of a second before the hit that Staal was vulnerable.  The hit itself and the reaction by Staal was simply brutal. 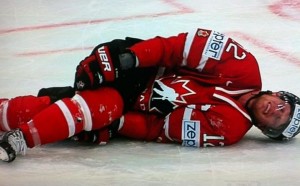 CBC:  Don Cherry disagrees with Raffi Torres suspension.  Grapes feels the suspension was a result of the name on the back of the jersey.