Note: During November each year, Movember is responsible for the sprouting of moustaches on thousands of men’s faces, in Canada and around the world. With their “Mo’s”, these men raise vital funds and awareness for men’s health, specifically prostate cancer and male mental health initiatives. If you’d like to help the Illegal Curve team as we raise money ($5,377.00 as of this AM) and awareness you are welcome to do so; Dave, Ezra, Drew, #5 Mark Stuart and #44 Zach Bogosian. 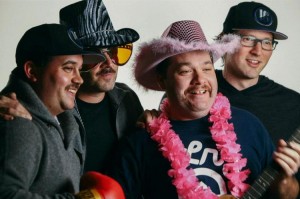 Today is the last “official” day of Movember.  Hopefully we have helped to raise some awareness of the issue of prostate cancer and men’s mental health.  Remember to not take your health for granted.  We are going to have a “shave off” on tomorrow’s Illegal Curve Hockey Show on TSN Radio 1290.  Tune in from noon to 2:45 pm and listen as we discuss our Movember memories.

Winnipeg Sun:  Prospect Kosmachuk takes Guelph by storm.  He has been streaky throughout his career and while he attempts to develop more consistency, he is also trying to enhance other parts of his game.

Winnipeg Sun:  Manitoba government, Winnipeg Jets True North Foundation team up.  While the lockout is curtailing some of the positives we see during Jets games, at least the Province and TN Foundation were able to figure out a way to team up and help out our community.

The Telegram:  Sides becomes Icecaps’ first call-up this season.  He was good for a point per game in the ECHL.

The Coloradoan:  Eagles scoring show needs to hit the road. This team can score goals but for whatever reason they just are not getting this done on the road.

Toronto Star:  Fans leave money with NHL teams.  I suspect that fans do not want to go through the hassle of  requesting a refund, then receiving the money, inevitably spending that money on something else and then having to come up with additional funds when the game inevitably returns.

ESPN:  Where do CBA negotiations go as mediation fails?  LeBrun is still maintaining a sliver of optimism for the season and see’s the NHL offer to remove Bettman and Fehr as a viable one.

Globe and Mail:  As mediation fails, NHL suggests a meeting between owners and players.  An idea just radical enough to work.  There are still plenty of owners and players who have excellent relationships to try and make this happen.  Could this be the secret ingredient that has been missing from the mix?

Globe and Mail:  Contraction a necessary evil for survival of NHL says economist.  Will never happen.  Neither the NHL (prestige/pride/etc.) and NHLPA (jobs) want to see the loss of any teams.  Relocation is a lot more likely.

USA Today:  Clippers, Angels, Kings PA announcer David Courtney dies.  A sad loss for the LA teams.  He had been with the Kings since 1971.