Jets and Affiliate news: No news.

Note:  During November each year, Movember is responsible for the sprouting of moustaches on thousands of men’s faces, in Canada and around the world. With their “Mo’s”, these men raise vital funds and awareness for men’s health, specifically prostate cancer and male mental health initiatives. If you’d like to help the Illegal Curve team as we raise money and awareness you are welcome to do so; Dave, Ezra & Drew.

Note II:  Tune into the Illegal Curve Hockey Show tomorrow as we have a slightly modified show starting at 12:30 pm to 3 pm as the guys will have 2.5 hours of hockey talk on TSN Radio 1290.  Guests:  Bob Duff (Windsor Star) and Chris Botta (Sports Business Journal)

The Detroit News:  Same Winter Classic should be reset for 2014 in Detroit.  If the Winter Classic is indeed cancelled today as is suspected, then there is no question that these two same teams should be given the first opportunity in 2014. 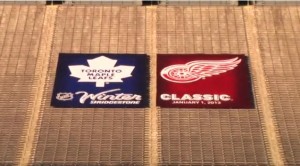 Ottawa Citizen:  NHL to have ‘talk’ with Sens owner over comments.  It isn’t just the players who are passionate about the game.  Of course Melnyk’s passion is going to cost him a conversation with the league and a potential fine.

Arizona Sports:  Lockout especially tough for Doan, Coyotes. Older players like Doan know they are losing money that they will never get back.  Even worse is the fact that prospective Coyotes owner Greg Jamison doesn’t appear any closer to buying the team.

Toronto Star:  Mathieu Schneider floats idea of capped escrow payments.  The good thing is its a new idea being put forth, although without face to face meetings, won’t have much of an impact.

CBC:  Coach’s Corner star says deal needs to happen by Jan. 1.  Don Cherry doesn’t sound very optimistic about a deal getting done and at the current pace of negotiations, his pessimism is reasonable.

Toronto Star:  Markham’s NHL-size arena project losing support.  The project might be on shaky ground as some of its previously most ardent supporters might be abandoning ship.

Globe and Mail:  Laraque leaves as junior-hockey union drive on brink of collapse.  Could this have gone any worse for Laraque and company?

Illegal Procedure: Winnipeg Blue Bombers Papers. If you are a fan of CFL football, check out our other site, which gives you all the latest Bombers & CFL news.  All the talk is the retention of the Bombers brass and the induction on Milt Stegal into the Hall of Fame