Note: The Jets chose to make Friday a travel day so they cancelled practice and left directly for Edmonton as they get set to conclude 2022 against the Oilers. Because they didn’t practice we didn’t get an update on Josh Morrissey although as I noted as the Moose game no defenceman with NHL deals were recalled (worth noting Winnipeg at 23-man roster limit and also don’t have any cap space). They did announce the signing of 2022 3rd rounder Danny Zhilkin to three-year ELC. With it being a gameday all eyes will be on morning skate which gets underway at 12:30 PM CST. All the relevant news will be posted in the pre-game report so check back for that. Puck drop is at 9:00 PM CST.

Note II: This evening, after the final buzzer sounds between Winnipeg and Edmonton, we want you to be part of the conversation (and ring in the New Year) on the Illegal Curve Post-Game Show as we discuss and analyze the results of the game. This season you’ll have a chance to win great schwag including authentic Jets jerseys, hats, etc after every single game and now a grand prize of a pair of tickets to an NHL game of your choice (For a variety of ways to enter click here).

Note III: It was not a great start to the post-Christmas portion of the schedule for the Moose who came out flat against the Canucks last night in Winnipeg. While they actually led 1-0 after 20 minutes of play off a beautiful, parting of the Red Sea for Tyler Boland (his first AHL goal) they weren’t playing particularly well and despite having this chance to tie the game in the 2nd gave up three straight in the middle frame and ultimately lost 4-2. The New Year’s Eve re-match with the Canucks gets underway at 4 PM CST.

Note IV: The Ice got back to their winning ways last night kicking off a five-game homestand with a 2-0 win over the Blades which improved them to 27-5-0-0. The 1st and 3rd place teams respectively in the Eastern Conference will resume their battle tonight at the Ice Cave inside Wayne Fleming Area with a 5:05 PM CST puck drop.

Note V: Join us this morning at 9 AM CST on the Illegal Curve Hockey Show for two hours of mostly Jets talk. With Ez and Drew both away I’ll be joined by Jim Toth of CJOB. We will also chat with Moose assistant coach Nolan Baumgartner.

Winnipeg Sun: Winnipeg Jets’ Scheifele proving me wrong. One thing about Paul is he is never afraid to admit when he feels he has made a mistake with something he has written in the past. Most would ignore it and likely not have to deal with fallout (as I hardly suspect too many folks were going to search for a column he wrote back in May).

Winnipeg Free Press: Time for Jets to go all in. (Paywall). The decisions to be made are going to be significant and given the way Hellebuyck, Scheifele and Dubois are playing this season it is going to make things pretty, pretty, pretty interesting around these parts. Winnipeg, because of Hellebuyck, has a window that they should squander because goalies of his calibre do not come around very often. 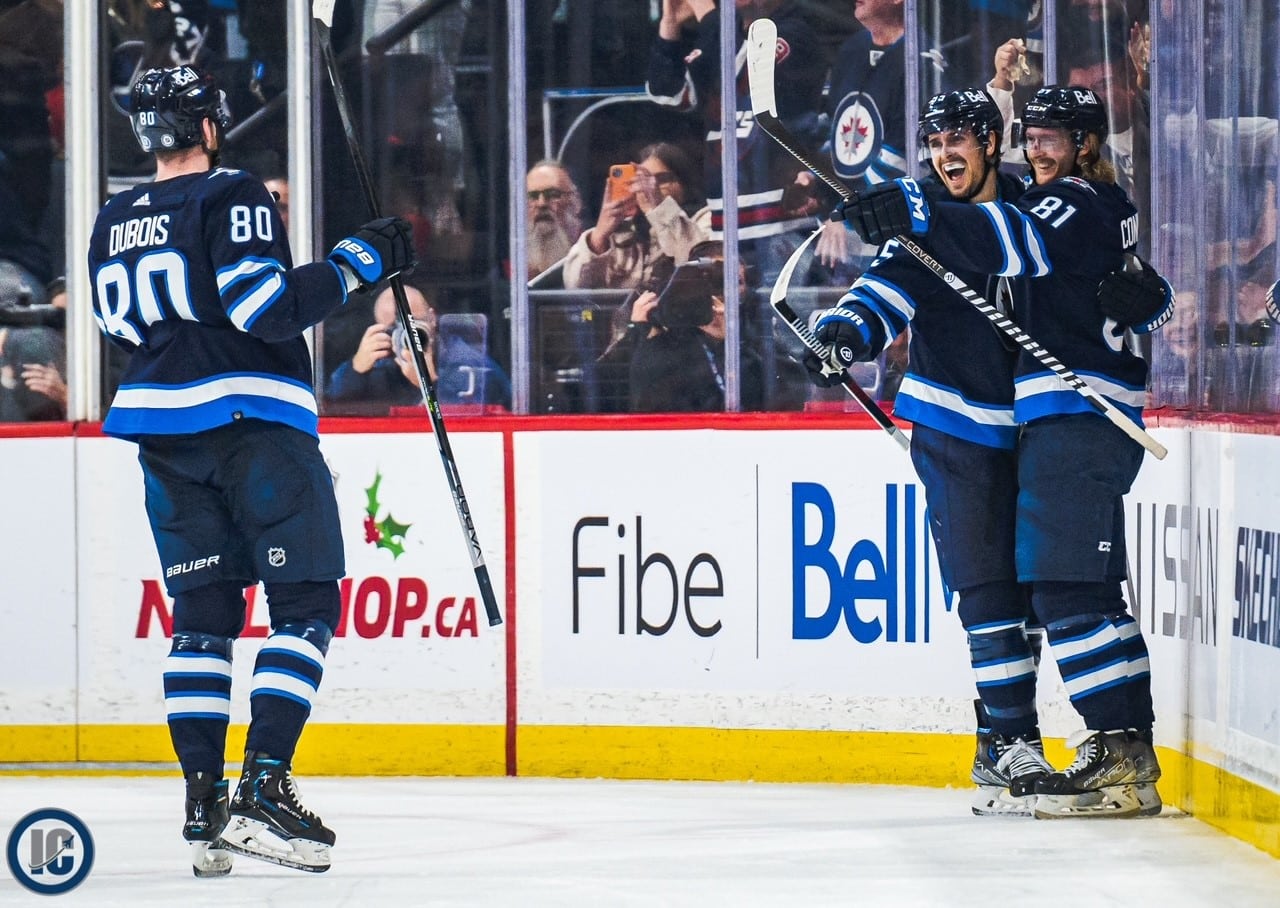 Winnipeg Free Press: Scouting for a younger Jets fan. (Paywall). An interesting read on the Jets having to put in the work to attract fans when previously it was more set it and forget it.

The Hockey News: NHL’s Top 5 breakout of the season candidates. Jacob has Josh Morrissey on his list.

Sportsnet: What should each Canadian team’s New Year’s resolution be heading into 2023? The Hockey Central panel provides their 2023 New Years resolutions for all the Canadian teams, sighting which each of them need to focus on headed into the new year.

The Hockey PDOcast: Josh Morrissey, the Winnipeg Jets and getting more out of your defensemen. Jesse Marshall joined the PDOcast with Dimitri Filipovic and the two spent a lot of time talking about number 44.

The Hockey PDOcast: Josh Morrissey, the Winnipeg Jets and getting more out of your defensemen
Game 37: Jets vs Oilers pre-game report