Note: While the game wasn’t a picaso the Jets did what they needed to do, which was secure a clean two points against a team below them in the standings as they defeated the Sens 5-1 in front of a home crowd at Canada Life. Today they are scheduled to practice at 10 AM before they depart for Boston. Stay tuned for the Practice Report.

Note II: The Moose are in Iowa today where they will kick off the final pair of games before Christmas break. While they recalled goalie Evan Cormier from Kalamazoo of the ECHL they will likely get back Arvid Holm with the expectation that the emergency recall is over given the presumption that Connor Hellebuyck is fine and can travel with the Jets. Puck drop is at 7 PM CST.

Note III: The Ice sit 26-4-0-0 which is good enough for 1st in the WHL’s Eastern Conference. They are currently on holiday break resuming game action on December 28th when they head to Moose Jaw.

Global News: Winnipeg Jets’ dependable strength has been in the middle of the ice this season. The Jets have always had some big dogs up the middle but much like dog sledding when they aren’t all pulling in the same direction at the same time you aren’t going very far. This season has seen from top of the lineup to the bottom a lack of falter or drop from the centres which has allowed this team to stay competitive despite the losses on the wings.

Sportsnet: With Hellebuyck ill, ‘fantastic’ Rittich steps up as Jets knock off Senators. Big save Dave was up to the task in the unexpected start between the pipes. Wieber recaps the action in his latest column. 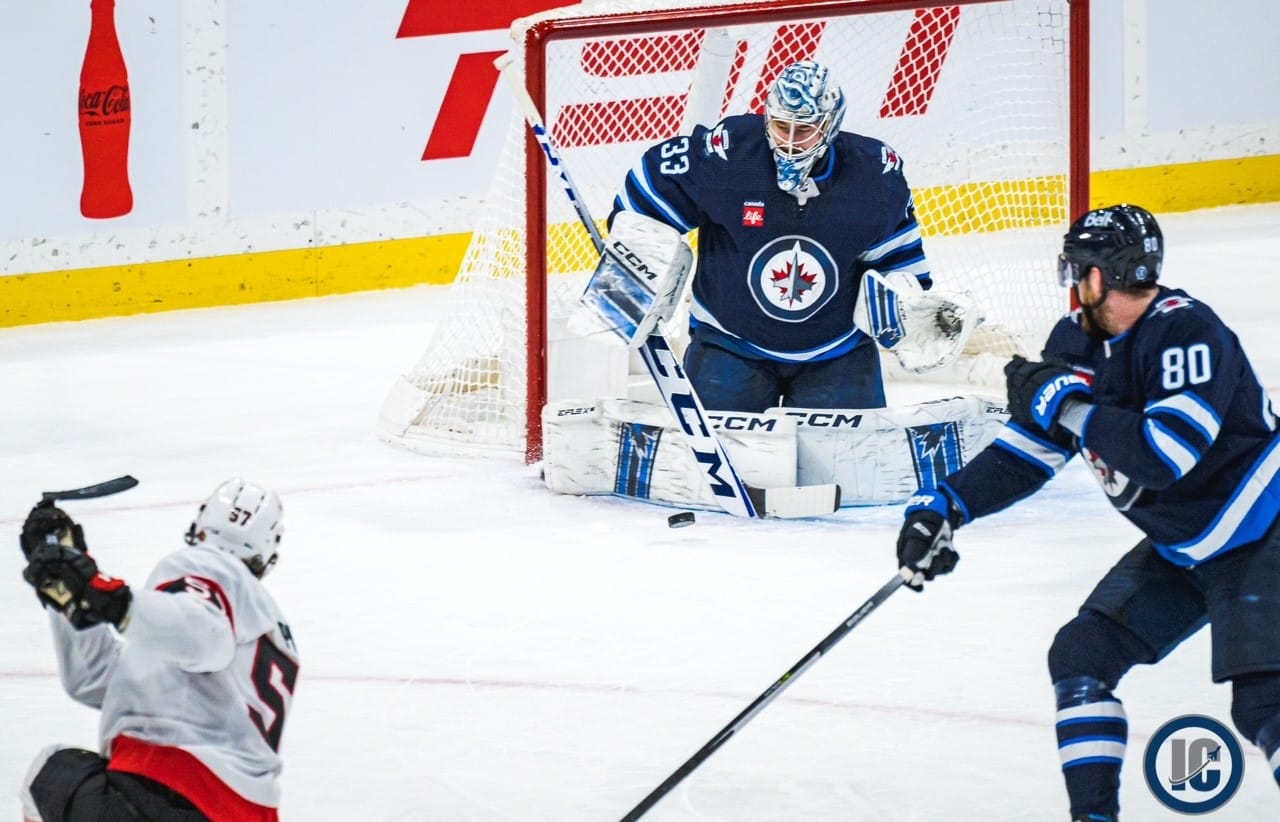 Winnipeg Sun: Honour defended: Jets smoke Ottawa Senators. Who knew folks were so passionate about the Fairmont Hotel? ha. Scott gives you his view of the game from inside Canada Life.

Winnipeg Free Press: Jets dominate Senators in 5-1 win. (Paywall). Mike was almost left stranded trying to get back from the last Jets road trip but he was able to get back to Winnipeg and write about the game last night.

The Hockey News: Could Jakob Chychrun be the Winnipeg Jets’ missing piece? A very interesting read from Jacob on the Jets tossing their hat in the ring for the services of Chychrun who is still signed for two more seasons after this one. Just think what might have been had the Jets secured Mark Stone’s services (instead of Vegas doing so) back in 2019.

TSN: ‘He’s becoming must watch TV’: Weekes on Morrissey’s ascension, Norris chances. After Josh Morrissey set a new franchise record for a defenceman with a point in 10 straight games in the Jets’ dominating win over the Sens, is he good enough to be talking about the Norris Trophy right now? NHL analyst Kevin Weekes weighs in.

Sportsnet: Jets’ Morrissey shines yet again as he sets career-high for points in just 32 games. Sean Reynolds and Ken Wiebe discuss the Winnipeg Jets’ dominant victory over the Senators, including the performances of Morrissey and Connor, goaltender Rittich’s solid season, plus Rick Bowness being critical despite the win.