Note: The Jets did battle against the Predators last night in Winnipeg to conclude their three-game homestand and the team dominated the contest. If not for Nashville goalie Juuse Saros the score wouldn’t have been close but because of him the visitors escaped with a point while the home team took it 2-1 in OT. Perhaps we get insight into the status of Nate Schmidt who left the game and was in concussion protocol as per bench boss Rick Bowness. (Update: Schmidt was placed on IR and Ville Heinola was recalled on an emergency basis). Today they were scheduled to practice but have cancelled and will instead take off for the west coast where they will play a back-to-back starting in Vancouver on Saturday night and then in Seattle on Sunday.

Note II: The Moose concluded their four-game road trip last night in Calgary as they fell 3-2 to the Wranglers which means they picked up two wins and two losses on the road. There was a positive in last night’s loss as Alberta product and Jets prospect Tyrel Bauer scored his first goal as a pro and Dominic Toninato now has goals in back-to-back games. They will return home today and then have a quick turnaround as they have a pair of matinees this weekend in Winnipeg against the Senators (of Belleville). If you want to go to the game we’ve got tickets so send me a message on twitter (@icdave) or you can send me an email (dave @illegalcurve.com). (Update: All tickets are gone).

Note III: The 1st place Ice will put their 25-4-0-0 record on the line in Brandon tonight where they kick off a home and home series against the 9th place Wheat Kings who sit with a 12-16-3-0 record. Puck drop is at 7 PM CST.

Note IV: Join us tomorrow morning on the Illegal Curve Hockey Show at 9 AM CST for two hours of mostly Jets talk.

Global News: Scheduling regional rivalries a nice idea, but not a priority for Winnipeg Jets. It’s funny because I think if you cut out a few games against non-divisional opponents (i.e Jets see less Tampa and Panthers) and more Wild, Preds, Blues it is better for rivalries and importance of games. Additionally if teams like the Panthers and Lightning are only in town every few years it makes those games more desirable. I understand it from the other point of view as

The Athletic Winnipeg: Jets observations: What we learned from last 3 games. It was a rare losing homestand for Winnipeg as they had two regulation losses and the one OT victory. Murat looks at what can be learned from the last few contests.

Sportsnet: Lowry answers the bell for injured Schmidt, sparks Jets to overtime victory. The Jets have been very successful in extra time and 17 has played a significant role in many of those games which is somewhat unexpected at three on three. 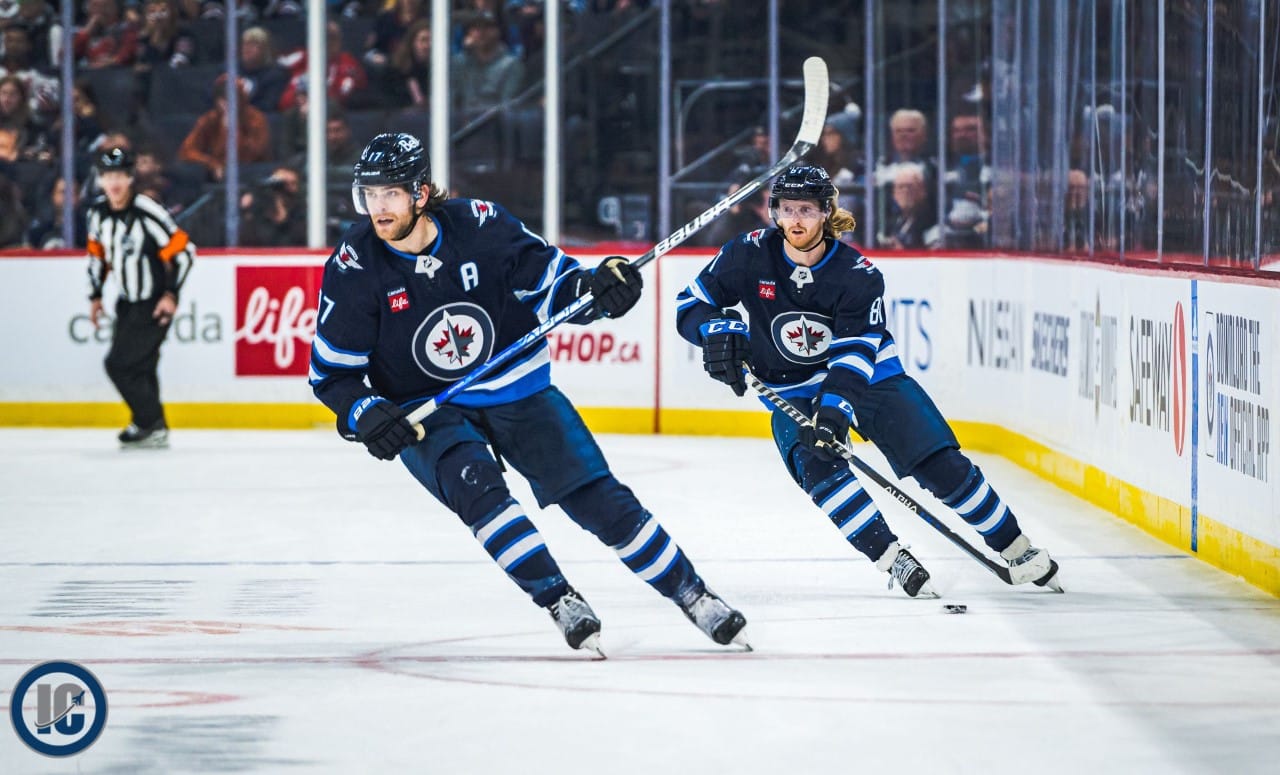 Winnipeg Sun: Connor nets overtime winner for Winnipeg Jets. He has 39 game-winning goals in his career which ties him with Blake Wheeler for the most in Jets 1.0 or Jets 2.0 history. Scott has more from his spot inside Canada Life.

Winnipeg Sun: Jets Snapshots. Scott covers a few topics in here including: 1) Kuhlman excited by Jets claim 2) Ehlers could be 2-3 weeks out from return

Winnipeg Free Press: Kyle Connor OT hero against Nashville. (Paywall). Despite a slow start to the season he is currently on pace for his second consecutive 90 point season. Jeff provides you with his insight from the game.

Winnipeg Free Press: Jets’ new name a familiar face. (Paywall). Having four players from the same college team in the organization is quite remarkable. There is plenty of Minnesota Nice within the pro teams of Friendly Manitoba.

TSN: Bowness has provided Jets with a breath of fresh air, which has led to success. Despite having lost two consecutive games for the first time since late October, there is a lot of positivity in Winnipeg right now. While several players have stepped up and have been contributing to the Jets’ success, TSN Hockey Insider Pierre LeBrun explains the impact Rick Bowness has had in rejuvenating the team this season.