Note: The Jets, sans Adam Lowry but with Logan Stanley in a regular uniform, practiced on Thursday as they got ready for tonight’s second game of their four-game homestand. Be sure to keep it locked here starting with the morning skate which gets underway at 10:30 AM. All the relevant news will be posted in the pre-game report so check back for that. Puck drop is at 7:00 PM CST.

Note II: Tonight, after the final buzzer sounds between the Jets and Blue Jackets, we want you to be part of the conversation on the Illegal Curve Post-Game Show as we discuss and analyze the results of the game. This season you’ll have a chance to win great schwag including authentic Jets jerseys, hats, etc after every single game (For a variety of ways to enter click here).

Note III: While the Moose only picked up a single point on Thursday the day itself was a huge organizational win as they had over 6000 fans for the first ever Project 11 school day game. Puck drop was at 11 AM and the energy level inside Canada Life never waned as the kids kept things going all game long. And luckily for them they witnessed a pretty entertaining hockey game with a number of lead changes, a wild overtime and ultimately won in the shootout by the visitors. Team will practice today ahead of the re-match tomorrow.

Note IV: The Ice will kick off four games at home starting tonight with Swift Current. The game will be focused on raising awareness and funds for the Tim Horton Foundation Camps. Puck drop is at 7:05 PM CST.

Winnipeg Sun: Jets rookie Perfetti has come back strong after getting benched in Minnesota. The 2020 1st rounder certainly bounced back from his benching. Which was likely the hope for that type of response from head coach Rick Bowness.

Winnipeg Sun: Players impacted by ‘scary’ situation after brawl in stands. Hard not to be impacted by something so needless and as I said the other day it leaves one almost incredulous that folks could act that way given that the game opened with kids who are either going through or have gone through hell.

Winnipeg Free Press: Gagner used to ups and downs of NHL roller-coaster. (Paywall). When you sign the type of deal he signed there is no guaranteed roster spot but the fact is that injuries happen all the time and when they do he’ll get his chance.

Winnipeg Free Press: Jets pushing each other to be better. (Paywall). Healthy competition is certainly eliminating complacency from this Jets group with a hungry group of players either up with the Jets or down with the Moose looking for a chance to jump in if a player falters. But at same time you don’t see players playing “afraid” of losing their jobs so they aren’t taking chances. 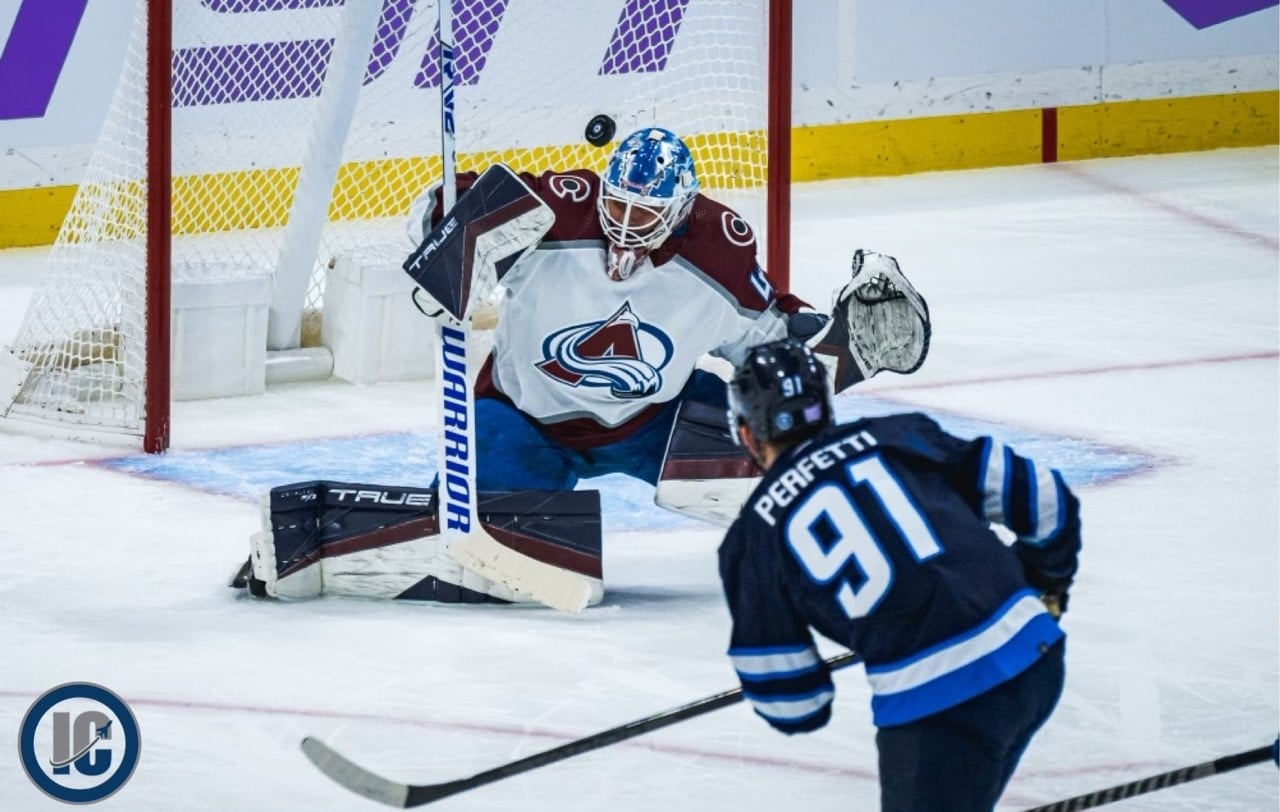 TSN: Instead of pouting after having the ‘C’ taken away, Wheeler has elevated his game. When Rick Bowness stepped in and took the ‘C’ away from Blake Wheeler, things could have gone badly. But Wheeler didn’t pout or complain, he just elevated his game. That’s Hockey discusses how the Jets’ former captain has handled things, and whether they believed Josh Morrissey could reach the level he’s playing at.

Illegal Curve Hockey: Admirals defeat Moose 4-3 in shootout in first ever school day game. Get the full 411 from yesterday’s contest including a look at the lines, some notable game facts, post-game media avails and what comes next.