Note: The Jets were off on Wednesday as they were rewarded for their 5-0 win over the defending Stanley Cup champs with a day away from the rink. Today they are scheduled to be back on the ice for a practice as they prepare to face the Blue Jackets here tomorrow night. Be sure to check back for the Practice Report.

Note II: The Moose will hit the ice today as they welcome the Admirals to town this morning for the first ever Project 11 school day game which starts at 11 AM. I’ll be jumping into the booth to provide colour on the broadcast alongside play-by-play voice Daniel Fink.

Note III: The Ice are spending the week getting ready to kick off the first of five games at home which starts with a visit from Swift Current on Friday night. The game will be focused on raising awareness and funds for the Tim Horton Foundation Camps.

Note IV: December is here which means we will have another 16 chances for you to win authentic Jets jerseys, hats shirts…and we may be adding tickets to Jets games. Only way you can win is by entering the Illegal Curve contest which you can do so here.

Winnipeg Sun: Jilted Jets no longer a pushover, flirting with first. Lots of good points in Paul’s latest piece about these somewhat unexpected Jets as both a collective squad as well as plenty of individuals having success. 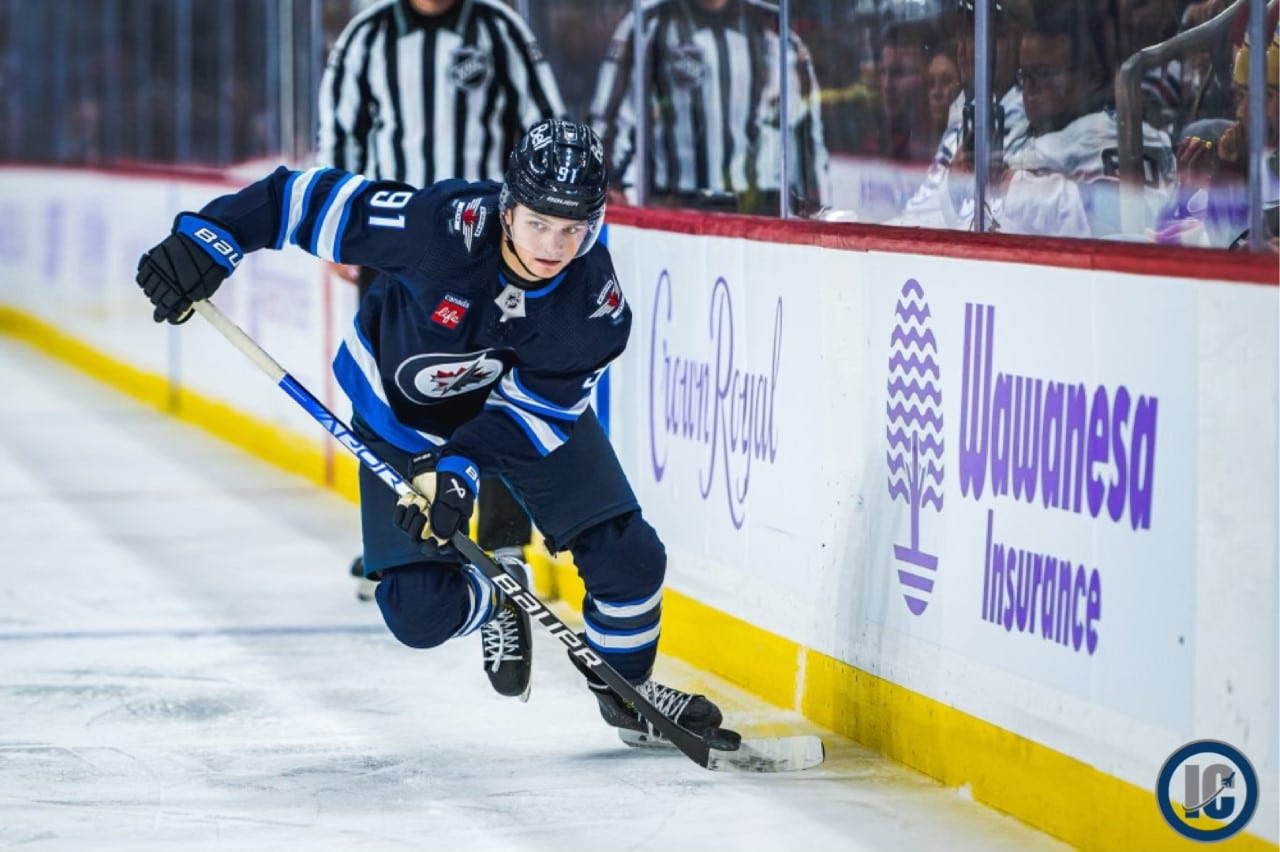 Sportsnet: 22 Thoughts. In the slightly reduced column from the 32 thoughts of old, Friedman had a few Jets ones including: 11) Jets/Avs cat and mouse game. 12) Players not wanting to disappoint Bowness. 14) Hellebuyck mask situation.

CBC: 2 charged after fight in crowd at Winnipeg Jets game leaves man bloodied at bottom of stairs. As I reflected on this incident, in light of it taking place on a night when we had so many examples of kids fighting for their lives as part of the Hockey Fights Cancer night, and all I could think was how could you watch that intro and do anything other than “enjoy being alive and healthy”.

Winnipeg Sun: Jets Setting. Sun sportswriters Ted Wyman and Scott Billeck sit down to discuss the Winnipeg Jets’ impressive start to the season, how it’s come together under head coach Rick Bowness, and how his direction has inspired a number of the team’s players to greater heights as the 2022-23 hits the quarter mark in the latest edition of Jets Setting.