Note: The Jets were more than up for the challenge presented last night when they faced the defending Stanley Cup champs in Winnipeg and defeated the Avalanche 5-0 to kick off the first of four at home. Today they were scheduled to practice as they turn their attention to the Blue Jackets who are here on Friday but are instead taking the day off.

Note II: The Moose will hit the ice for another day of practice today as they continue to prepare to welcome the Admirals to town on Thursday for the first ever Project 11 school day game which starts at 11 AM.

Note III: The Ice are spending the week getting ready to kick off the first of five games at home which starts with a visit from Swift Current on Friday night. The game will be focused on raising awareness and funds for the Tim Horton Foundation Camps.

Note IV: Almost a new month and in December we will have another 16 chances for you to win authentic Jets jerseys, hats shirts…and we may be adding tickets to Jets games. Only way you can win is by entering the Illegal Curve contest which you can do so here.

CBC: 2 charged after fight in crowd at Winnipeg Jets game leaves man bloodied at bottom of stairs. As I reflected on this incident, in light of it taking place on a night when we had so many examples of kids fighting for their lives as part of the Hockey Fights Cancer night, and all I could think was how could you watch that intro and do anything other than “enjoy being alive and healthy”.

Global News: Scheifele back to being a game-changer for Jets. In order for this team to have success this season they needed 55 to get back to playing like he is capable of doing and that has been the case 25% of the way through the season.

Sportsnet: Wheeler proving he’s still a leader for the Jets, regardless of title. There were two ways the move ahead of the 2022-23 season could have gone and as we have seen since that presser at the IcePlex about the only thing that’s changed for Blake Wheeler is how often he’s required to talk to the media because he continues to be a leader of this team on and off the ice. 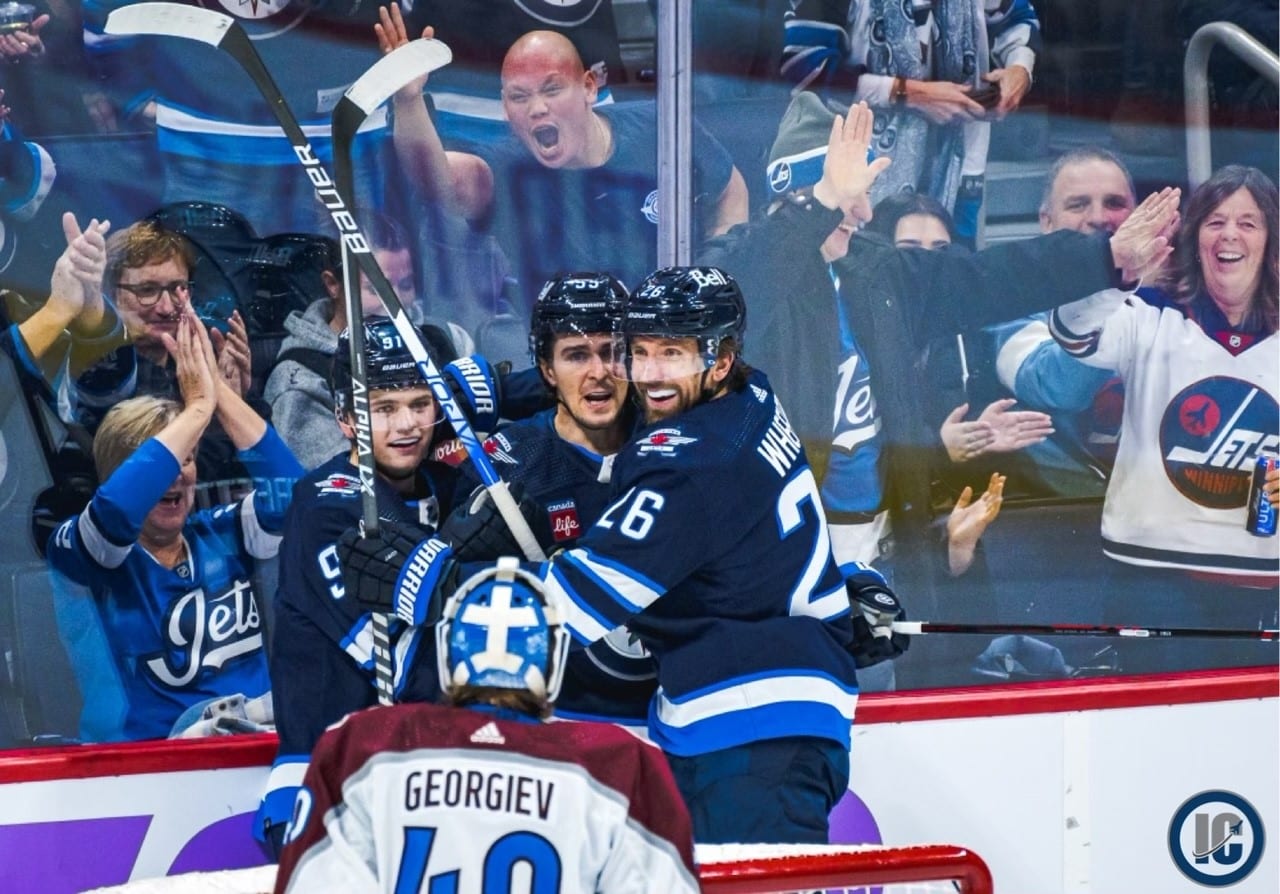 Winnipeg Free Press: Wheeler nets hat trick, Hellebuyck slams the door as Jets rout Avalanche 5-0. (Paywall). Jeff was also inside Canada Life and gives you his thoughts on the contest.

Winnipeg Free Press: Jets know there’s more work to be done. (Paywall). The season is a marathon not a sprint and having passed the 1/4 mark the team knows they still have aways to go before they can stop and smell the roses.

Denver Post: Avalanche outshoots Jets by 16, but Winnipeg whomps Colorado 5-0 behind Blake Wheeler’s hat trick. Check out a perspective on the game from a writer that covers Colorado.

TSN: ‘The Winnipeg Jets are shredding the opposition defensively’. TSN Director of Scouting Craig Button explains how Josh Morrissey has taken his game to the next level, and why the Jets’ defence under Rick Bowness is the biggest reason the team has gotten off to their best start in franchise history.

DFO Rundown: Chat with Sara Orlesky. The former TSN broadcaster talks about her new role with Winnipeg as well as about the team so far this season.