Note: The Jets practiced in Chicago on Saturday and while there was some potential lineup news the biggest story was netminder Connor Hellebuyck reacting to the situation the night before in Dallas. There will be plenty of content today so keep it locked here starting with the morning skate which gets underway at 10:30 AM. All the relevant news will be posted in the pre-game report so check back for that. Puck drop is at 6:00 PM CST.

Note II: Tonight, after the final buzzer sounds between the Jets and Blackhawks, we want you to be part of the conversation on the Illegal Curve Post-Game Show as we discuss and analyze the results of the game. This season you’ll have a chance to win great schwag including authentic Jets jerseys, hats, etc after every single game (For a variety of ways to enter click here).

Note III: The Moose game as they continue to earn (at minimum) splits in two-game series this season. That’s just what they did as they concluded the five-game road trip with a 4-1 win over the Griffins in Grand Rapids. Leading scorer Alex Limoges completed a tic-tac-toe play for the game-winning goal, while it was quite the sound this Declan Chisholm goal makes as it finds the back of the net. Usually don’t highlight empty netters but Jeff Malott did some hard work and earned his seventh goal of the season to seal the deal for the Moose. They are 9-5-2 on season.

Note IV: The Ice lost last night 5-2 to the Blades which arrested their modest two-game win streak and drops them to 22-3-0-0 on the season. They return back to Winnipeg where they will play Swift Current on Friday.

Winnipeg Sun: Fixing Jets’ 6-on-5 woes as simple as getting a body in the way. Players just need to think it is the opposite of the Ludacris song ‘Get Out Da Way’.

Sportnsnet: ‘That play needs to be blown dead’: Jets pushing for change following controversial goal. When one of the top netminders in the game is speaking out the question becomes will the NHL listen? 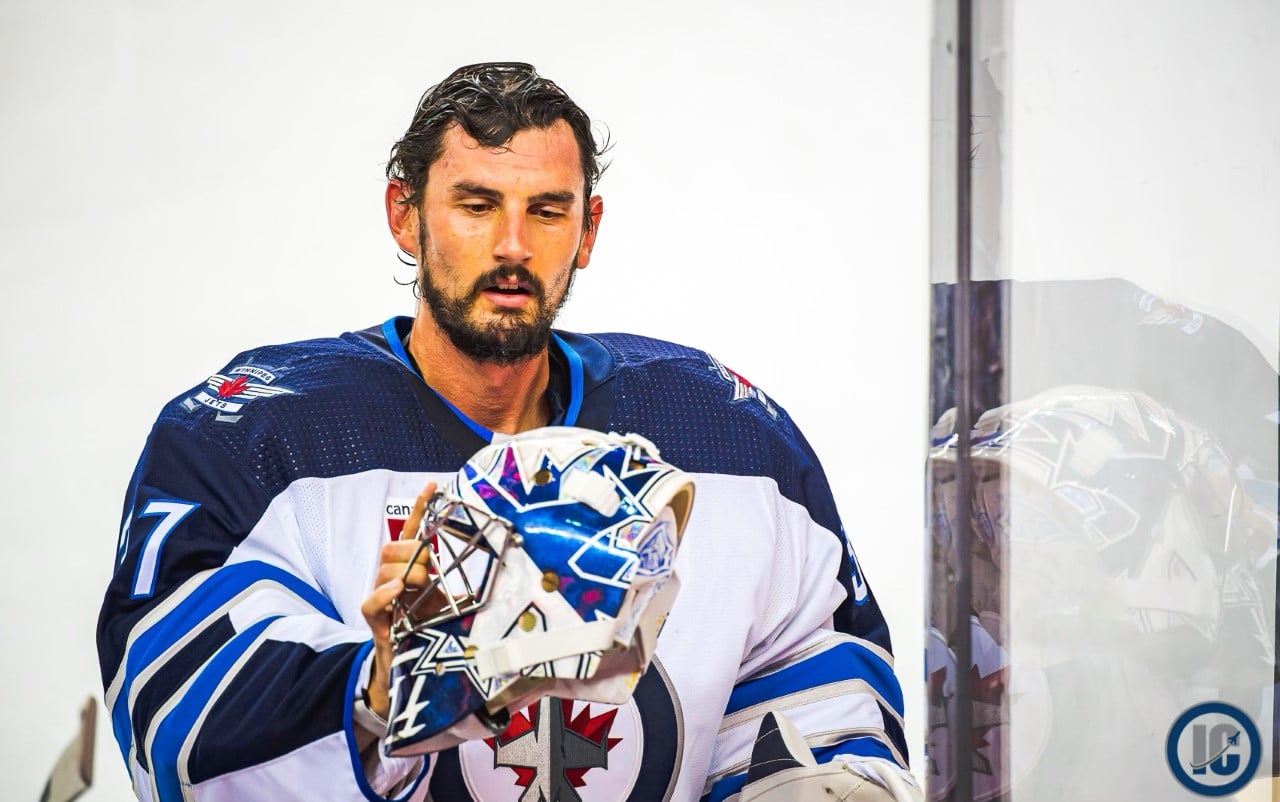 Winnipeg Sun: ‘They put me in danger’: Jets’ Hellebuyck wants rule changed after controversial goal. Who can argue that he wasn’t in danger? A puck to the helmetless head could have ended his career (or worse).

Winnipeg Free Press: Hellebuyck hoppin’ mad. (Paywall). He has every right to be pissed off with the NHL because they 100% got that call wrong and could have potentially put him in harm’s way by allowing that play to continue.