Note: The Jets looked like the bounce back from their 6-1 defeat on Wednesday was complete last night as they were comfortably in front of the Stars 4-2 courtesy of Kyle Connor adding some 3rd period insurance. But a goal with 18.5 seconds left which was controversially ruled a good goal forced OT where Josh Morrissey (aka Josh Norrissey) pulled off his second straight OT GWG to give Winnipeg a 5-4 win. They are in Chicago today where they are scheduled to practice at 2 PM so check back for the Practice Report.

Note III: Odd game in Grand Rapids as the Moose were in the game but penalty trouble led to the first goal (which proved to be the game winner, although it wasn’t a PP goal because they scored just as penalty expired). Also because it was the Teddy Bear toss game it ended the 1st period with 4 minutes left to go. So, they finished the 1st period after the 1st intermission. Odd but true. While the Moose couldn’t score there were some exciting plays including Jets prospect Brad Lambert trying the Michigan (in Michigan) and fellow prospect Tyrel Bauer having this spirited tilt. They will close out their five-game road trip with a re-match against the Griffins at 6 PM CST.

Note IV: The Ice are starting a new streak with their second straight victory on Friday night as they went into Saskatoon and defeated the Blades 6-3. They improve to 22-2-0-0. They are only WHL club with 100+ goals. They have a goal differential of +50.

Note V: Join us on the Illegal Curve Hockey Show at 9 AM CST for two hours of mostly Jets talk. We will be joined by Murat Ates of The Athletic Winnipeg and Charlie Roumeliotis of NBC Chicago. 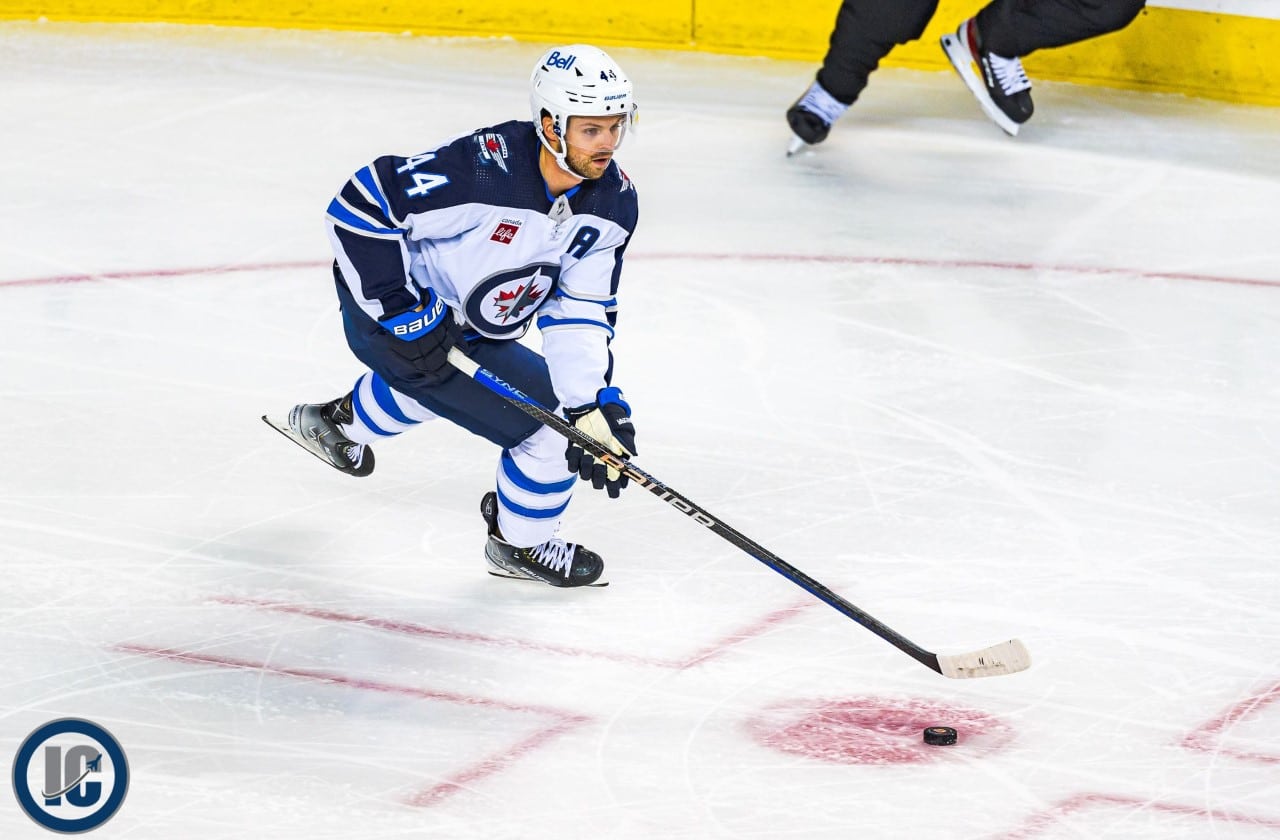 Sportsnet: Jets plan to reach out to league after Stars tie game on controversial goal. With good reason because if the necessity for the scoring chance is “immediate” then I don’t see how Benn passing to Robertson who then scores is not sufficient to blow the play dead. What happens if his shot goes astray and smokes a helmetless Hellebuyck in the back of the head? It could have done serious damage.

Winnipeg Sun: Bowness leaving players to pick up pieces. He does seem to give the players a high level of autonomy, but it does come with the knowledge that ultimately, he is running the ship.

Winnipeg Free Press: Morrissey scores OT winner after Jets give up late lead… again. (Paywall). I guess one benefit of not being particular adept at preventing 6 on 5 goals is that it has forced the Jets to become very efficient in extra time. Mike gives you his thoughts on the game from his spot inside American Airlines Arena.

Winnipeg Free Press: Eyssimont focused on staying in NHL. (Paywall). Mike had a chat with the tenacious winger ahead of yesterday’s game as he continues to cement his spot in the lineup. His forecheck on the second goal of the game, which goes unassisted, was instrumental in that goal happening.

Global News: Morrissey’s second OT winner of the week lifts Jets past Stars in wild finish. What a remarkable season 44 is having.

Dallas Morning News: Stars, Jason Robertson extend point streaks with another third-period comeback in OT loss. How does Jason Robertson already have 17 goals this season? He is a remarkable player. Check out this recap from a writer that covers the Jets opponent.

TSN: Did the refs get it right on Robertson’s tying goal? TSN’s Director of Scouting weighed in on the controversial game-tying goal by Jason Robertson late in the third period against the Jets, and the overtime-winner scored by Josh Morrissey.

Sportsnet: Are the Winnipeg Jets for real? Ryan Dixon of Sportsnet talks about his surprise Canadian team.