Note: The Jets took Thursday off in Texas to take in some Cowboys football on Turkey Day in the US of A. Today they will look to flush their pummeling at the hands of the Wild and get things back on track against the Stars.  There will be plenty of content today so keep it locked here starting with the morning skate which gets underway at 10:30 AM. All the relevant news will be posted in the pre-game report so check back for that. Puck drop is at 7:30 PM CST.

Note II:  Tonight, after the final buzzer sounds between the Jets and Stars, we want you to be part of the conversation on the Illegal Curve Post-Game Show as we discuss and analyze the results of the game. This season you’ll have a chance to win great schwag including authentic Jets jerseys, hats, etc after every single game (For a variety of ways to enter click here).

Note III: The Moose are in Michigan as they conclude their five-game road trip with a pair of games against the Griffins in Grand Rapids starting tonight. Puck drop is at 6 PM.

Note V: For those curious about the injury status of various Jets it is all compiled here.

Winnipeg Sun: ‘Scrappy, fearless’ Eyssimont earning an extended look with Winnipeg Jets. I’ve been describing him as tenacious and a puck hound since he joined the organization last year. With a chance to play in consecutive games it is exactly the kind of opportunity a player like Eyssimont requires to make his mark. 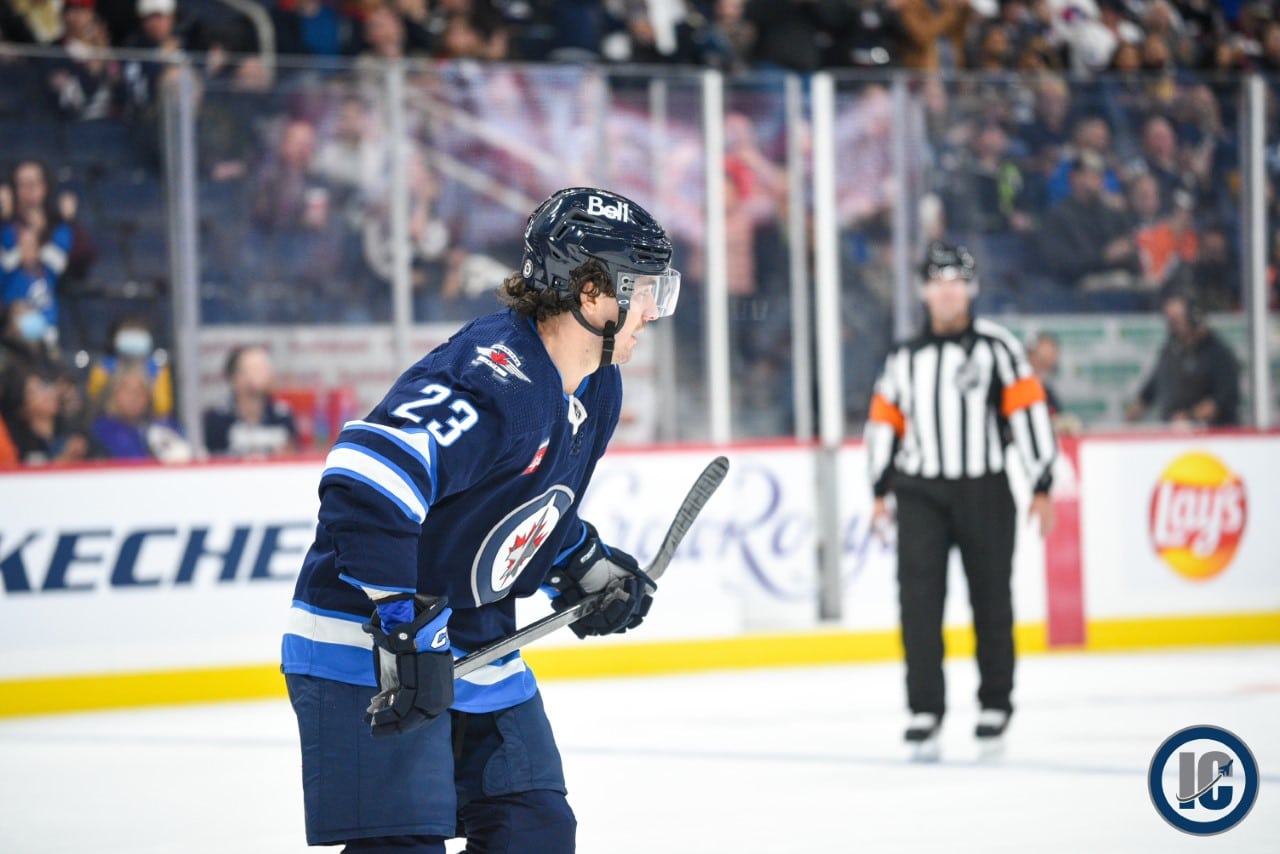 Winnipeg Free Press: ‘Uh, Chevy: A little help here?’. (Paywall). Is it time to deal with so many critical players on the shelf?

You are going to have 14 more chances to win authentic Jets merch from Illegal Curve Hockey this month.

But you cannot win if you do not enter.