Note: The Jets made things a wee bit too interesting last night looking like they were going to cruise to a 3-0 win but the bunch of jerks from Carolina would have none of that scoring three times with the goalie pulled with under five minutes remaining to tie the game and force OT. In the end Josh Morrissey played hero with the GWG OT winner to give the home side a 4-3 win in OT. Today the Jets are scheduled to practice at 11:30 AM ahead of their three-game road trip. Check back for the Practice Report.

Note II: The Moose are back in action having picked up three of four points on their five-game road trip. Tonight will be their first weekday game of the season as they take on the Admirals in Milwaukee in a battle for 1st in the Central Division. Given these two teams played each other 17 times last season (12 regular season 5 playoffs) it is always fun when they do battle. Puck drop is at 7 PM CST.

Note III: The Ice will be looking to make it 16 in-a-row this evening at Wayne Fleming Arena in Winnipeg as they welcome Lethbridge to town. Puck drop is at 7:05 PM CST.

Sportsnet: Norris candidate Morrissey salvages Jets’ win after stunning Hurricanes rally. It was an interesting revelation from head coach Rick Bowness on his challenge to number 44 during the summer.

Winnipeg Sun: Winnipeg Jets survive in OT thriller. I suspect the coaching staff would have been a lot happier without needing that game to become an “OT thriller” but while they may be less than pleased with the final five minutes of the game the team bent but didn’t break against a very good Carolina squad.

Winnipeg Free Press: Morrissey saves the day. (Paywall). That headline is going to be written, I suspect, quite a few more times before the 2022-23 season comes to a conclusion. 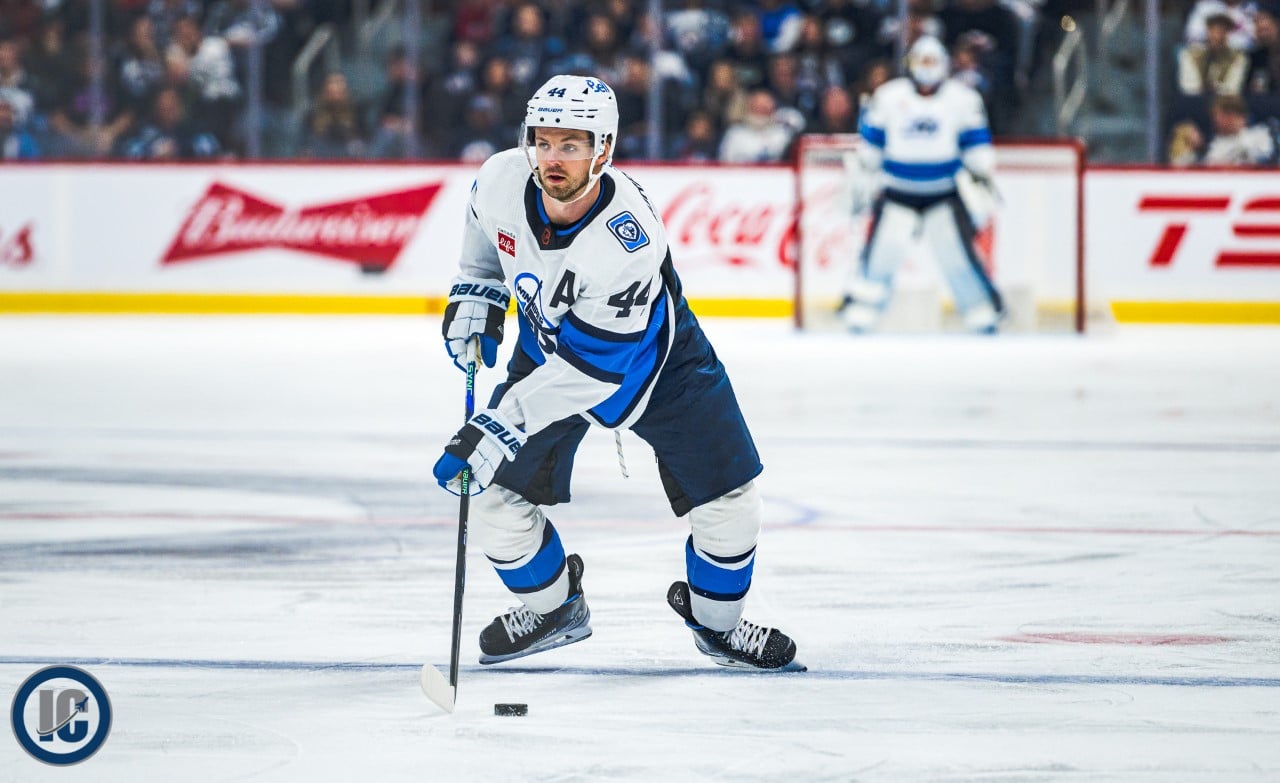 New & Observer: Hurricanes’ improbable comeback nets a point against Winnipeg Jets despite OT loss. Check out the game recap from a beat writer that covers Carolina.

Global News: Jets survive late collapse to edge Hurricanes in overtime. Another recap of the game.

Global News: Captain-less Jets already know who deserves the ‘C’. Given his stature on this team (meant both literally and figuratively) it wouldn’t come as a surprise to see Lowry receive the ‘C’ as the third captain of the Jets. He definitely has the personality to handle the sometimes onerous task of dealing with us in the media.

CTV Winnipeg: Pair of fans from down under make trek to cheer on Winnipeg Jets. I always find it fascinating when fans from unexpected places make the journey to Manitoba to see the Jets play. Quite the happenstance that two from Australia, who didn’t know each other, happened to come to town for last night’s game.

Sportsnet: Jets show tenacity with overtime win after fumbling lead vs. Hurricanes. Sean Reynolds and Ken Wiebe discuss the Winnipeg Jets’ overtime win against the Carolina Hurricanes, including Josh Morrissey turning in another big game and the contributions of the fourth line.

Sportsnet: ‘We played a great 55 minutes’: Morrissey on Jets squeaking out OT win. Josh Morrissey joins Sean Reynolds after scoring the overtime winner against the Carolina Hurricanes who erased a three-goal deficit late in the third period.