Note: All good things much come to an end and the Jets points streak concluded at seven games (6-0-1) after last night’s 3-2 regulation defeat at the hands of the Flames in Calgary. No time to lick their wounds as the team immediately left Alberta for Washington State where they will play Seattle this evening at 7 PM CST.

Note II: It took me a little bit of time but eventually I got the secret code word for the Illegal Curve Post-Game Show working/updated. So, if you watched the show (or are listening/watching now) you can now submit it now. Or if you have yet to enter you can do so here.

Note III: Tonight, after the final buzzer sounds between the Jets and Kraken, we want you to be part of the conversation on the Illegal Curve Post-Game Show as we discuss and analyze the latest game for the NHL team of Winnipeg.

Note IV: The Moose will have to hope that their pattern of lose one, win one (established in the two previous series at home) holds this afternoon in their re-match and final game of this six-game homestand when they take on the Wranglers, which gets underway at Canada Life with a 12 noon puck drop.

Note V: Make it 13 in a row for the Ice as they won the battle of Manitoba last night defeating the Wheat Kings 8-3 at home. Winnipeg improves to 18-1-0-0 on the season and they sit 1st in the East. Goalie Daniel Hauser now sitting at 14-0-0-0 on the season. Up next they face Connor Bedard and the Regina Pats in a pair of games in Winnipeg. (Thursday and Saturday).

Winnipeg Sun: Jets fail to contain desperate Flames team in 3-2 loss. As coaches like to say “those other guys get paid too” and that Flames team needed those two points to help wash away the stink of losing seven straight. 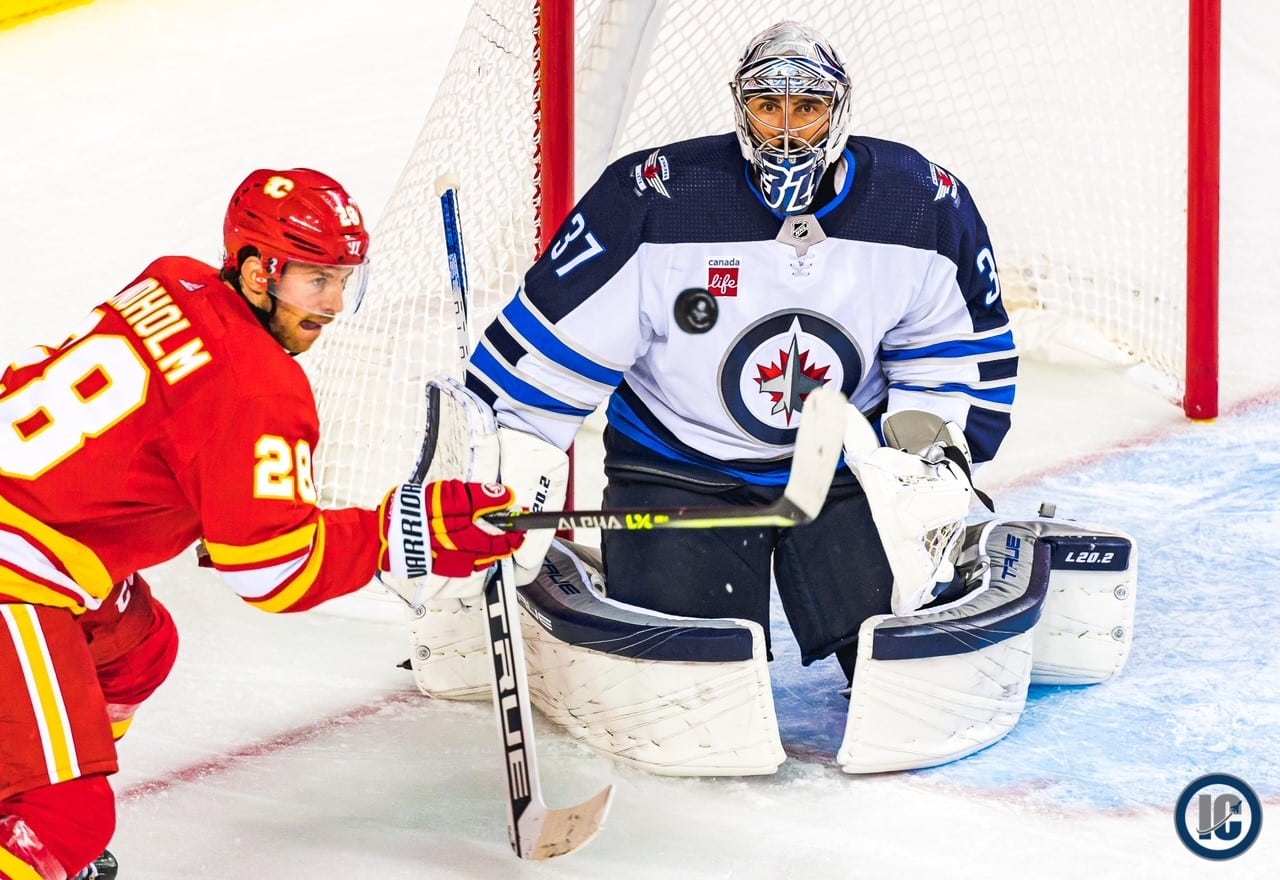 Winnipeg Sun: Jets stars down on World Cup of Hockey delay, see missed opportunity. The topic du jour on Saturday was the announcement by the NHL/NHLPA that the tournament would be pushed back.

Calgary Sun: Flames snap skid with hard-fought victory over Jets. Be sure to check out the perspective of a writer that covers the Jets opponent.

Winnipeg Free Press: Winnipeg falls in regulation for first time in 8 games. (Paywall). Hard to believe it has almost been that long since they last suffered a regulation.

Sportsnet: Backed by Markstrom’s shining performance, Flames pull off much-needed win. Another recap of last night’s contest from someone who covers the Flames.

Winnipeg Free Press: Jets decry cancelled World Cup. (Paywall). They need to focus on a return to the Olympics. It just hits different than anything else.

Sportsnet: After Hours with Rick Bowness. On this edition of After Hours, Rick Bowness joins Scott Oake to talk about his long career behind the bench in the NHL, how he assessed the Winnipeg Jets’ culture after accepting the job as head coach, and more.