Note: The Jets were off on Thursday as they have had a few days between their 5-1 win over the Stars on Tuesday and their next game on Saturday night in Calgary. They are going to be facing a surly bunch of Flames as they have gone winless in their last seven games (0-5-2) so expect a focused club at practice today in Winnipeg before they head to Alberta later this afternoon. Stay tuned for the Jets Practice Report.

Note II: The Wranglers are in Winnipeg to play the Moose tonight for the first time ever…. although they used to be the Stockton Heat, who were last here as the Calgary Heat but I digress…puck drop is at 6 PM.

Note III: The Ice will be looking to make it 13 wins in a row tomorrow night when they welcome the Brandon Wheat Kings to town. Winnipeg is an impressive 17-1-0-0 on the season which included a sweep of their two-game series this week with Red Deer who came to town undefeated.

The Athletic Winnipeg: Jets stock watch: Who’s rising or falling after strong first month? (Paywall). Little surprise at who is in top spot on Murat’s list. The falling list is the more interesting with some of the names listed. 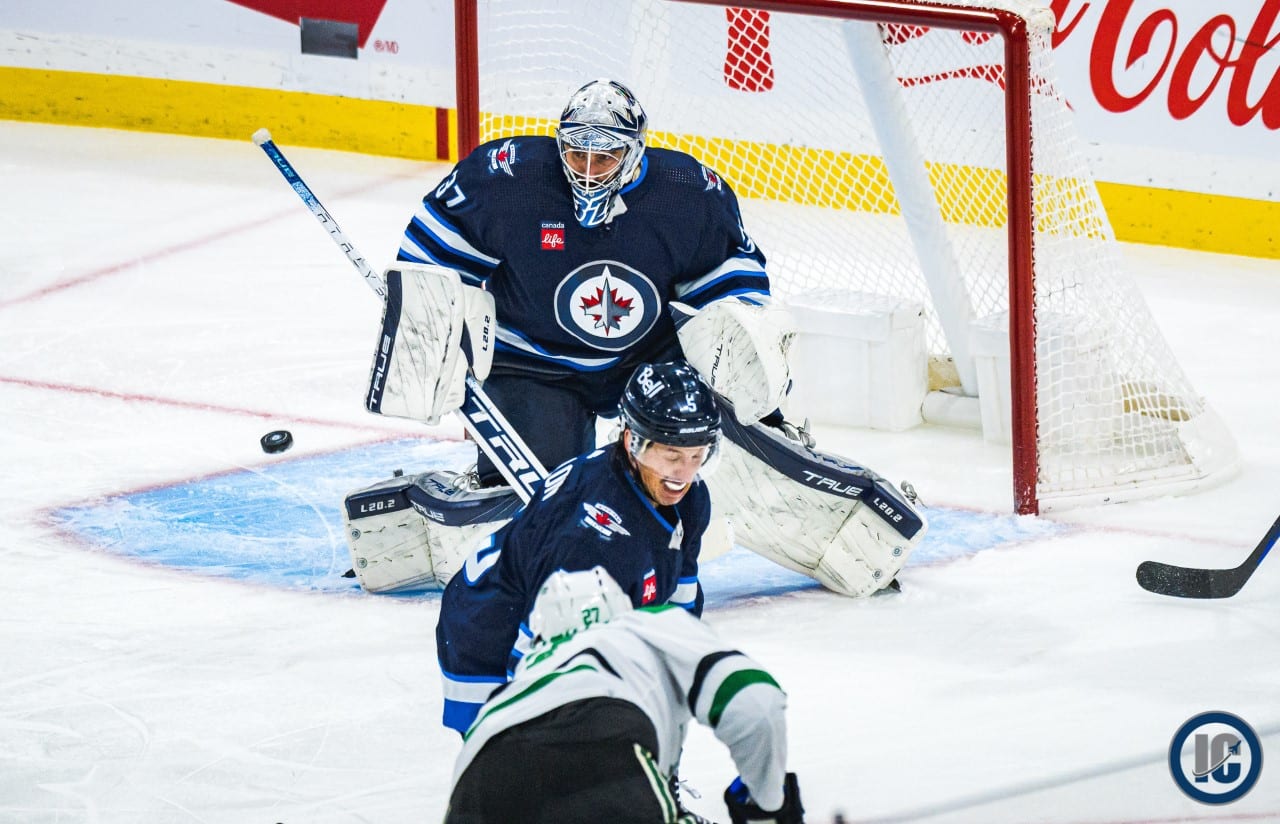 Sportsnet: NHL Power Rankings: One important stat you should know for each team. They’ve got the Jets all the way in sixth spot and the highlight is goal differential.

TSN: An early-season glimpse at the NHL goaltending picture. No real surprise of the impact Connor Hellebuyck is having once again for Winnipeg.

Sportsnet: Hellebuyck continues to shine for Jets in bounce-back season. Ken Wiebe joins The Jeff Marek Show to discuss Winnipeg Jets goaltender Connor Hellebuyck’s great start to the 2022-23 season, saying the 29-year-old was “dialled in” during the off-season and he’s been “dynamite” to begin the new campaign.

CJOB: Jets @ Noon – chat with Dylan DeMelo. Cam & Jim were joined by Jets defenseman, Dylan DeMelo, where they talk family, the Jets 8-3-1 start and who on the team packs away the most food.

Sportsnet: The Jeff Marek Show. He had Elliotte Friedman on his show yesterday and Friedman, unsolicited, mentioned the Senators need for D and then Marek connected the dots to Winnipeg. Friedman then mentioned the Sens GM was in Winnipeg. Starts at the nine minute mark.