Note: The Jets practiced in Winnipeg on Wednesday before they took off for California to start their three-game road trip. They did so without head coach Rick Bowness who is resting up after recovering from covid but joining them, although not expected to play, is winger Nikolaj Ehlers. Logan Stanley was also listed as a question mark after blocking a shot on Monday so be sure to pay attention to the pre-game report when morning skate gets underway at 1:30 PM CDT followed by puck drop at 9:30 PM.

Note II: Tonight, after the final buzzer sounds between the Jets and Kings, we want you to be part of the conversation on the Illegal Curve Post-Game Show as we discuss and analyze the latest game for the NHL team of Winnipeg. This season you’ll have a chance to win great schwag including authentic Jets jerseys, hats, etc after every single game (For a variety of ways to enter click here).

Note III: The Moose are set to hit the ice for practice at Canada Life at 10:30 AM as they continue to prepare for their weekend tilt with the Wild which gets underway on Saturday at 2 PM CDT. That kicks off six straight home games for Manitoba.

Note IV: The 11-1-0-0 Ice have one more road game in Brandon on Friday before they get to play their first home game of the season on Saturday that will see them welcome the Wheat Kings to Wayne Fleming Arena.

Note V: I noted the other day that I found it curious that Mikhail Berdin still hadn’t made his KHL season debut for Sochi but that changed on Wednesday as he, wearing number 99, was between the pipes for the Leopards. The game was lost when this rather unusual goal was scored against the Jets 2016 6th rounder.

CBC: Winnipeg Jets players among latest NHLers to score personalized goal songs. This isn’t new news (full list came out two weeks ago) but they did get some insight from Kyle Balharry (True North Sports’ senior director of game presentation) and then also expanded the article to what is happening in other markets.

Winnipeg Free Press: Versatile Gagner a steal of a deal. (Paywall). Might need to nickname him ‘found money’ because that’s just what he’s been for the Jets to start the 2022-23 campaign. 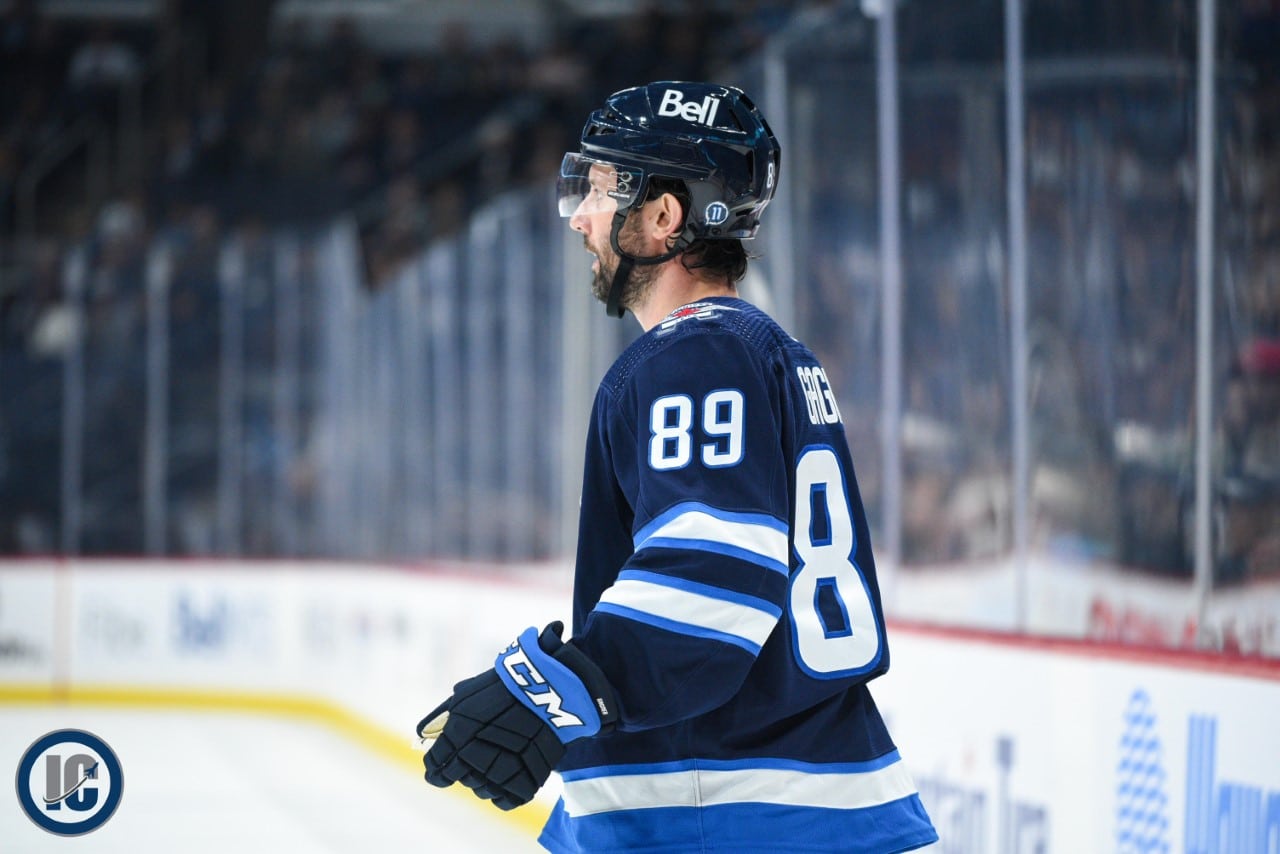 Global News:  New season, new personality for the Winnipeg Jets. The covid disconnect was certainly a real thing and since the Fan Fest back during training camp I would agree with Paul that the ‘vibe” just feels different this season.

Winnipeg Sun: Jets will be on hand as Arizona team that was once the Jets starts new era in 5,000-seat arena. I am sure the Coyotes will be the butt of a lot of jokes but I am actually looking forward to seeing what NHL hockey looks like in that environment.

TSN: Jets will embarrassingly dress in make-shift rooms at Coyotes’ temporary arena. The Jets will play in Arizona for the Coyotes’ home opener Friday in their new temporary home at the 5,000 seat Mullett Arena. What’s embarrassing though is the temporary visiting dressing rooms for the first four games are being built right now on the floor of an adjourning rink. So the Jets, Rangers, Panthers and Stars will be expected to dress in the make-shift rooms.