Note: The Jets put forth a complete effort on Monday night and the team was rewarded with a 4-0 win over division rival, and previously undefeated, Blues to conclude a short, two-game homestand. And they did it without head coach Rick Bowness as he wasn’t feeling well and the team indicated that he wouldn’t be behind the bench in order for him to get some rest after his bout with Covid last week. They are off today.

Note II: The Moose took the day off on Monday after they returned from a three games in three days road trip which saw them win all three games by a combined score of 16-7 (they got at least five goals in every single game). They are back on the ice today as they prepare for the Iowa Wild who they will face in Winnipeg this weekend.

Winnipeg Sun: Jets need to harness the ‘St. Louis Blueprint’ and make it work consistently. Key for this Jets club is the last word of that headline being “consistent”. Putting forth that effort on a night in and night out basis, should produce positive results for a team that has been lacking that for at least a season.

Sportsnet: ‘Nothing fancy’: Jets grind out solid, balanced win over physical Blues. Maybe that should be on the Jets tshirts “nothing fancy, just grinding” because while it isn’t the prettiest of ways to win a hockey game it is certainly effective and more of these types of performances will enhance their chances of being a playoff team again.

Winnipeg Sun: Jets put in complete performance to shut out previously unbeaten Blues. A tough opponent in St. Louis but the Jets show up with their tidiest effort of the season, 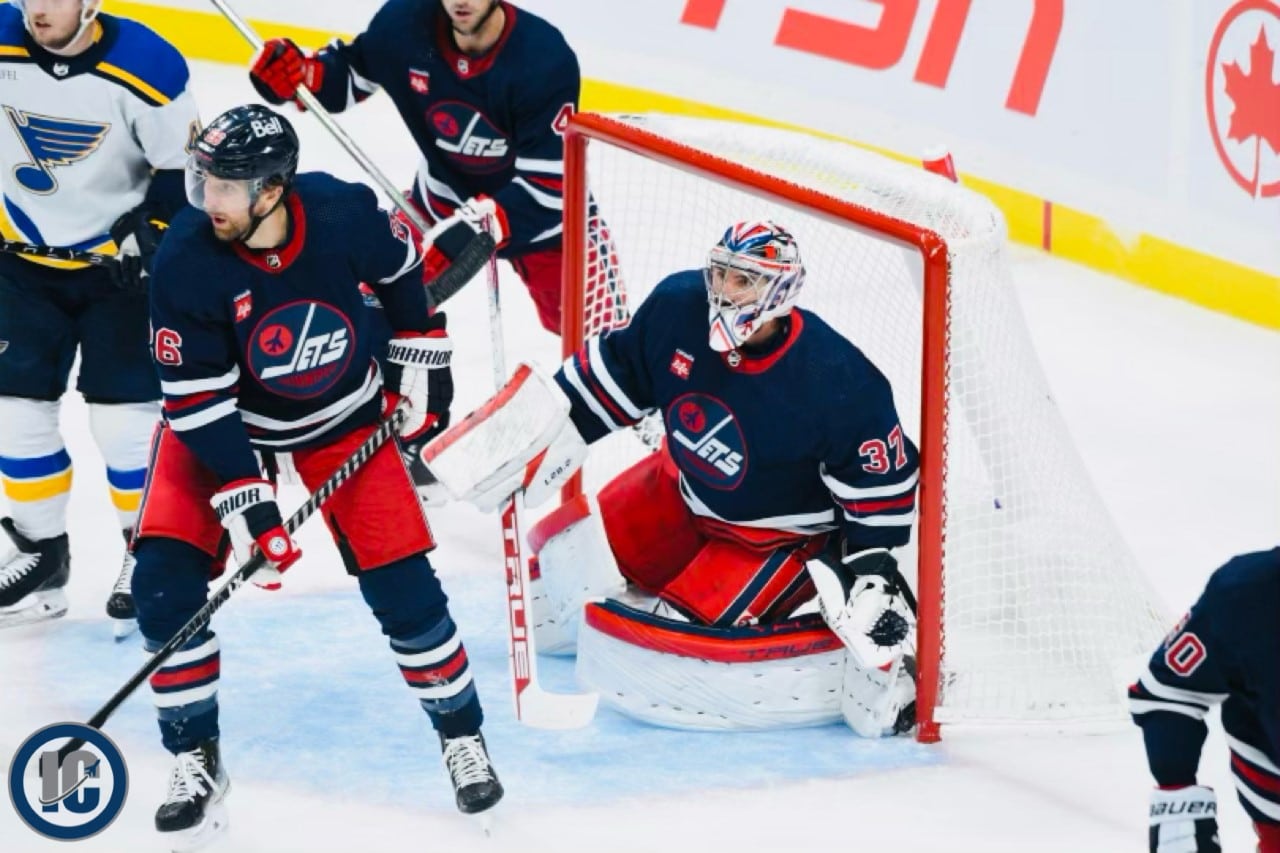 Global News: Huge third period, perfect Hellebuyck help Jets blank Blues 4-0. If Winnipeg is looking for a formula for success, they have 60 minutes of tape they can use from last night’s complete victory over St. Louis.

TSN: The Winnipeg Jets will go as far as Hellebuyck can take them. The Jets snapped a two-game slide with a win over the previously undefeated Blues on Monday. TSN Hockey analyst Frankie Corrado breaks down Connor Hellebuyck’s shutout performance and how Winnipeg was able to get its offence going against St. Louis.