Note: The Jets fielded a mostly veteran team on Wednesday night as they welcomed a mostly veteran Flames club to town. The special teams were firing on all cylinders for Winnipeg which combined with stellar goaltending propelled them to a 5-0 win over Calgary.

Note II: Today the Jets are off but they return to the ice on Friday for their final pre-season game in Calgary.

Sportsnet: Jets top line shows glimpse of enormous potential. Interesting. Wieber calling for a nickname. IC has some experience in that area so maybe we can put our collective minds together and come up with something. Probably more interesting is that these three players could easily put this team on their collective backs this season.

Winnipeg Sun: Jets shut out Flames in final auditions for some. Given that the coaching staff appears to want to have their regular roster for Friday’s final game of the pre-season it stands to reason that last night’s contest was a last chance to make a good impression.

Calgary Sun: Flames ‘sloppy’ in pre-season loss to Jets. Get insight into last night’s game from a writer who covers the Jets opponent. 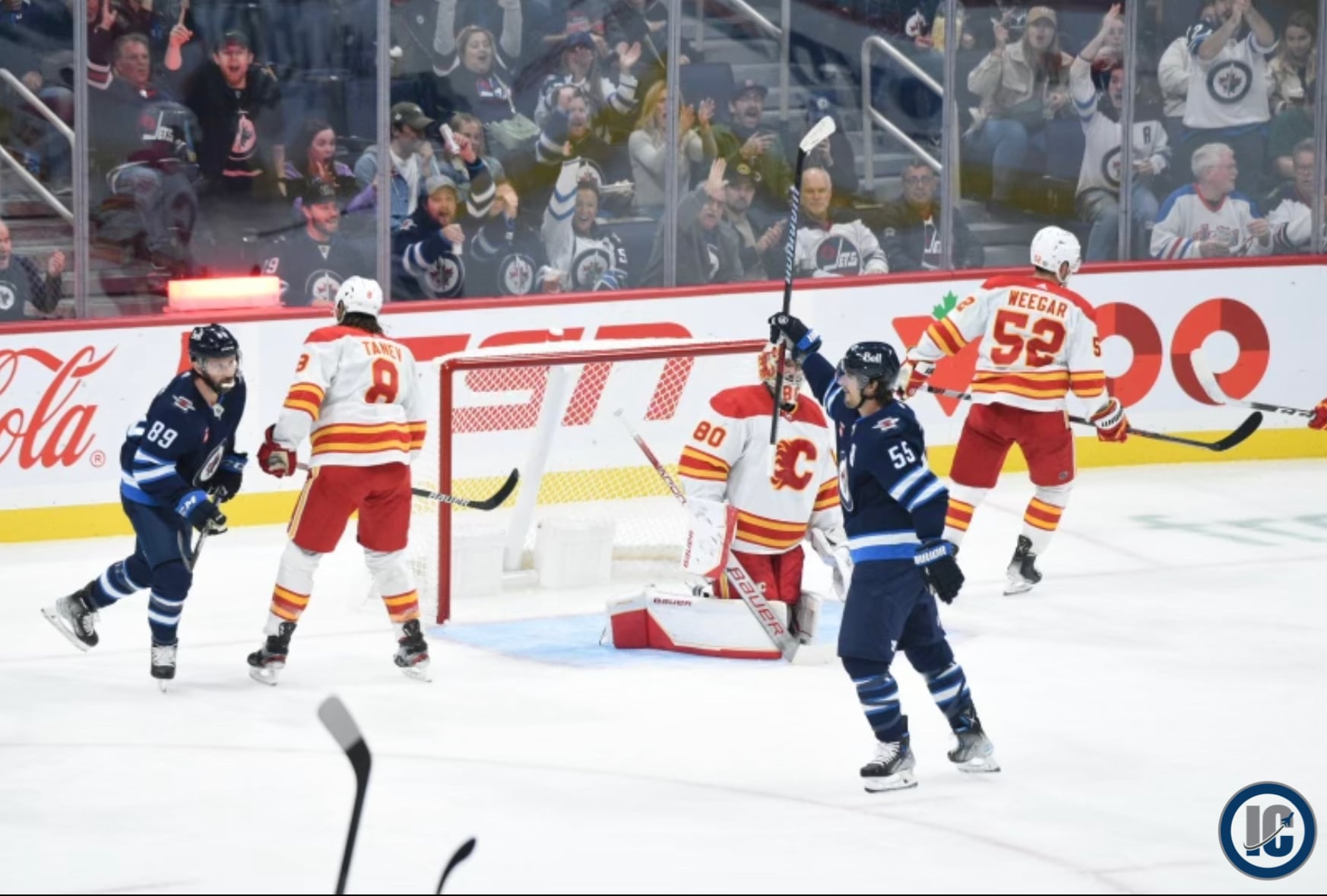 Winnipeg Free Press: Jets power play leads the way. (Paywall).  Having special teams that click will certainly make a world of difference for a Winnipeg club that ranked 17th overall in power play and 28th overall in penalty kill in 2021-22.

The Hockey News: Brad Lambert proving doubters wrong with dream pre-season.  Seems like an accurate assessment for the rising star prospect who looks like a steal at 30th overall.

Daily Faceoff: 32 Bold Predictions. Frank ties the Jets into a few of his predications including: 5) Kyle Connor as a 50 goal scorer. 23) Jets return to playoffs. 24)  Rick Bowness will win the Jack Adams.

Global News: Jets can benefit from four-line hockey. This concept is why I have been using the word ‘balance’ so much during our shows because it really could go a long way in terms of providing more offence from other lines but also not burning out your big dogs.

Winnipeg Sun: Perfect start for Ice sees them ranked No. 1 in CHL. It isn’t just pro hockey that is garnering attention in Manitoba as the WHL club of Winnipeg is one of the best, if not the best, in the country and continues to look like a pretty, pretty, pretty solid Memorial Cup favourite.