Note II: The Jets reduced their training camp roster on Monday down to 28 when they reassigned Kristian Reichel to the Moose and placed Kevin Stenlund on waivers for purposes of assignment to Manitoba.

Note III: Today the Jets are scheduled to be back on the ice for day 13 of training camp starting at 10 AM.

Note V: The Ice are getting ready for their next game on Friday in Regina against the Pats. On Monday it was announced that goalie Daniel Hauser was named WHL Goaltender of the Week.

The Hockey News: Three burning questions for the Jets this season. These include: 1) What roster moves will GM Kevin Cheveldayoff make to avoid a slump that could cost him his job? 2) How will Blake Wheeler react, on and off the ice, to having his leadership creds taken away? 3) Is it time to be honest about Winnipeg’s group of defensemen and call them mediocre?

Sportsnet: Jets Mailbag. You had questions and Wieber has answers in his latest mailbag about the local NHL club.

Winnipeg Sun: Should he stay or should he go? Lambert’s fate in his own hands. He received high praise from coach Rick Bowness on Monday “What he does we can’t teach. You can’t teach what that kid does with speed. It’s unreal how fast he is…some of the things he does that’s just natural and it’s beautiful to watch when he gets going.”

Winnipeg Free Press: Big Bad Brad has speed to kill. (Paywall). He did say his nickname was “Lambo”.

The Athletic Winnipeg: Projecting the Jets opening-night lineup: Dressed, scratched or on the bubble? (Paywall). Murat might disappoint some folks with his projection that he could see Brad Lambert to be heading to the AHL rather than sticking in the NHL. And his expectations for the D battles may also leave some disappointed. 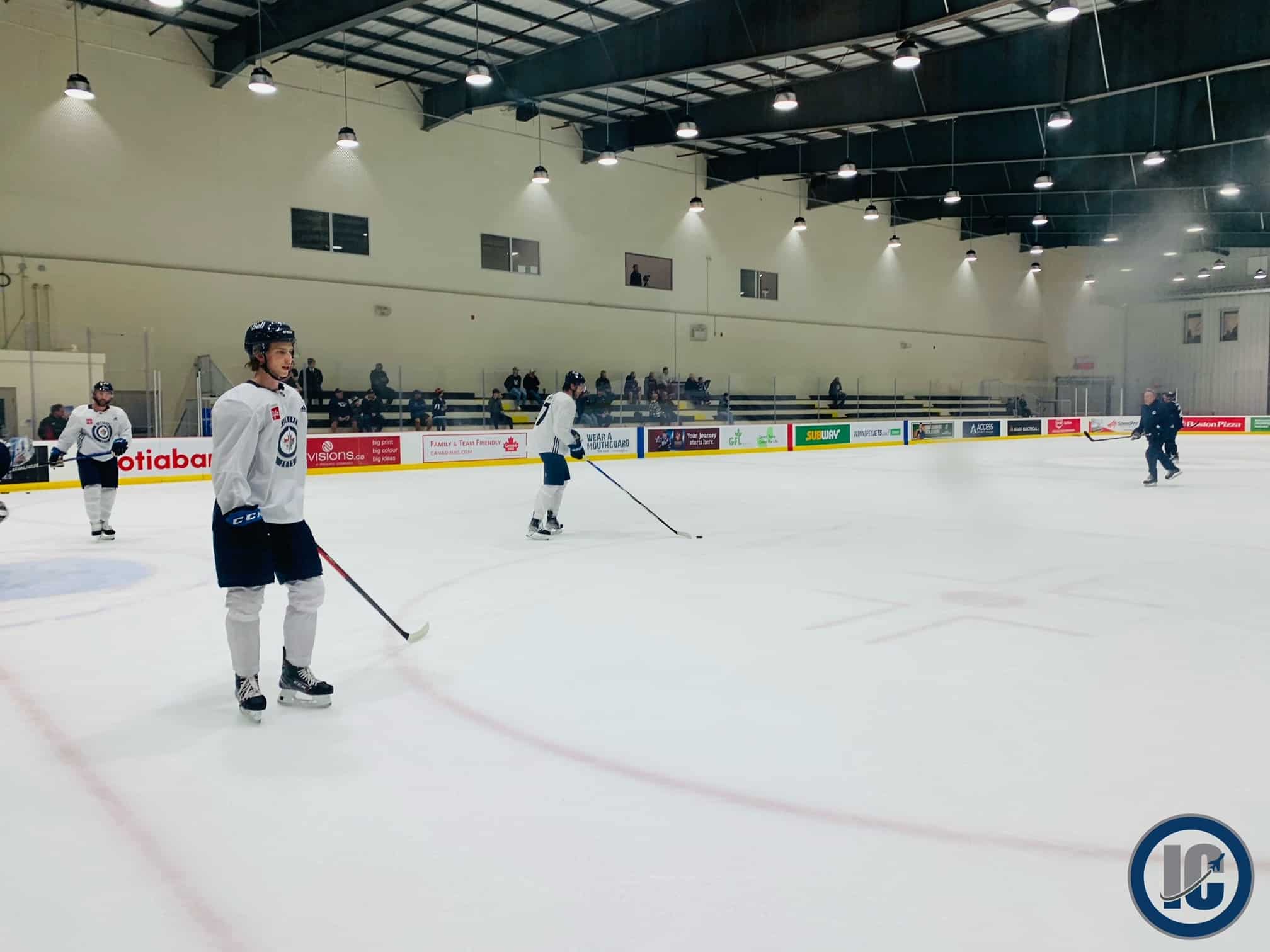 TSN: Jets are out to solve issues they’ve needed to address for years. After failing to make the playoffs last year, will a new coach and a leadership shakeup be enough to turn things around in Winnipeg? That’s Hockey welcomes in the Jets broadcast team of Dan Robertson and Kevin Sawyer to discuss the upcoming season.

TSN: ‘Big Bad Brad’ making an impression at Jets’ camp. 18-year-old Brad Lambert is still in Winnipeg at training camp and has impressed with his speed, including playing in the 3-on-3 overtime and taking a shot in the shootout. While things are looking good, Lambert and the Jets’ brass aren’t getting ahead of themselves as the regular season approaches.

Sportsnet: 32 Thoughts Podcast. Jeff Marek and Elliotte Friedman discuss the Dale Hawerchuk statue and the ceremony as part of their latest podcast.

Winnipeg Free Press: Same name, different game. (Paywall). He seems determined to pave his own way in a city that continues to hold his dad in such high esteem.

Winnipeg Sun: Hawerchuk looking to make mark with Moose; gauntlet thrown. It would be something to see a Hawerchuk playing hockey in Winnipeg.

Kaizen Sports Show: Interview with Evan Polei. Getting to know the Alberta product who has played the last 2 seasons for the Manitoba Moose in the AHL, part of the Winnipeg Jets organization.